As a spotlight has shined on the Monkees due to the death of Davy Jones, I thought I would take this opportunity to celebrate some of the best Monkees tracks, that unfortunately only a connoisseur like myself is aware of.

Like many rock groups of the era, in the modern context, only a handful of their greatest hits gets any airplay these days.  Most everyone knows Last Train To Clarksville, I'm A Believer, Stepping Stone, Pleasent Valley Sunday, and Daydream Believer.  But the Monkees had many many more great tracks that have fallen by the wayside as the years rolled on. 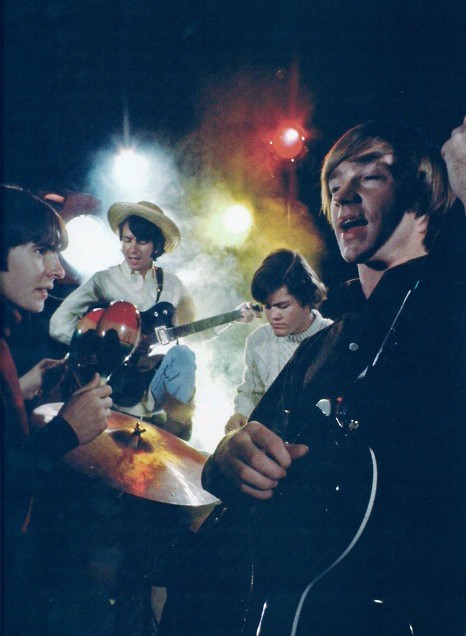 Tomorrow's Gonna Be Another Day is a catchy tune with a bluesy harmonica solo from their debut album.  It was used on the TV show several times.

Saturday's Child is another track from the first album.

Papa Gene's Blues is one of Mike Nesmith's contributions to the first album.  Many of the songs listed here will be written by Nesmith, as his tracks are phenomenal, yet always seemed to be pushed aside for the tracks with either Micky or Davy singing lead.  In my humble opinion, I think Monkees-era Nesmith rivals John Lennon in quality as a songwriter.  This song blends Latin percussion with a Country-Pop melody.

I Wanna Be Free is a friends with benefits anti-love song, decades ahead of its time.  The up tempo original version is the best, as is the heavy metal-ish live 1967 version.

The Kind Of Girl I Could Love is another Nesmith track, this time from the second album.  An alternate mix with inspired backing vocals by Micky, Davy and Peter, currently available on the 2 disc deluxe edition of "The Monkees", is the definitive version.

All The King's Horses is yet another Nesmith track, and perhaps the most famous song never to be released in the 1960s, having appeared on a couple episodes of the TV show. It was finally released in the 1990s, although in a different mix than the version used on TV.

She is the lead off song from the second album "More Of The Monkees", and is a punky head banger with brilliant vocals by Micky.

Mary Mary is a Nesmith written, Dolenz sung blues tune that was originally recorded by the Paul Butterfield Bluesband. It was also turned into a rap song by Run-DMC in the 1980s.

Apples Peaches Bananas and Pears is an early, unreleased song that popped up on one of the 1970 Saturday morning reruns of the show.  I like it, and feel it has a slight Elvis Presley vibe to it, perhaps due to Micky stressing "don't be cruel" and a Scotty Moore style guitar solo.

The Girl I Knew Somewhere  is perhaps the most historically important song, as it was the first track released as a single to have the Monkees playing on the track.  Written by Nesmith, with a great vocal by Dolenz, and an inspired harpsichord solo by Tork, this song is unquestionably the definitive Monkees sound.

All Of Your Toys  was supposed to be the flip side of "The Girl I Knew Somewhere" (which in turn was originally going to be sung by Mike) to be the first Monkees single to be performed by the group.  However, Columbia-Screen Gems did not own the publishing to this song, so it got rejected.  The guys went back into the studio to remake "The Girl I Knew Somewhere" with a slightly faster tempo and with Micky singing, and after some underhanded dealings by Don Kirshner (releasing "A Little Bit Me, A Little Bit You" b/w the original version of "She Hangs Out" without The Monkees consent resulting in Kirshner getting fired and the single quickly being recalled) "The Girl I Knew Somewhere" was issued as the flip side of "A Little Bit Me, A Little Bit You". "All Of Your Toys" went on to assume near mythological status until it was finally released in the late 1980s.

No Time is a Chuck Berry style rocker from the third album, "Headquarters".

Cuddly Toy from the album "Pisces, Aquarius, Capricorn and Jones Ltd" is my favorite track to feature Davy on lead vocals.

Love Is Only Sleeping a Nesmith sung track from "Pisces".

She Hangs Out is a Davy sung rocker from "Pisces" about an underage oversexed girl.

Going Down is a rhythm and blues showcase for Micky.

Words is a Micky and Peter duet from "Pisces", although the original unreleased version (which can be found on "Missing Links vol 2") might have the edge.

Tapioca Tundra is a Nesmith track from "The Birds The Bees and The Monkees", and it is at this time Nesmith's lyrics get very visual and exceptional.  Currently I am really into the alternate mix from the 3 disc Deluxe Edition.

Magnolia Simms is another Nesmith track from "Birds" with a 1920s ragtime sound and built in skips and groove static.

My Share Of The Sidewalk is a great example of Nesmith's brilliance.  When I first heard this unreleased track on one of the "Missing Links" volumes, with lead vocal by Davy, I didn't really get it. But  upon hearing it again, many years later, I now get it.  With its syncopated rhythm, it was Mike's attempt to write a Broadway style tune tailored for Davy, and has some of the greatest lines in the lyrics I have ever heard.

Tear The Top Right Off My Head is an unreleased gem by Peter Tork. The version with Micky singing lead is the keeper.

Steam Engine is an unreleased song that was used on the 1970 Saturday morning rerun of the episode "Monkees On Tour", although sped up to fit the time slot.

St Matthew is another Nesmith masterpiece with his amazing illustrative lyrics. The bluesier, acoustic demo is just as good, if not slightly better.

Midnight Train is a Dolenz track from the album "Changes".

And just about everything from their overlooked 1996 reunion album, Justus.

Believe it or not, this is really just scratching the surface.  There are still many more tracks I haven't mentioned that really deserve to be more widely known than they are.
Posted by Shazamaholic at 4:33 PM

At last count, I had 76 favorites by The Monkees. Most people don't even know they recorded that many songs, much less had 4 #1 hit albums. Really nice blog! Thanks for showcasing some of the pre-fab boys' best work.

Thanks, Lynea. Hopefully others will discover this great music.