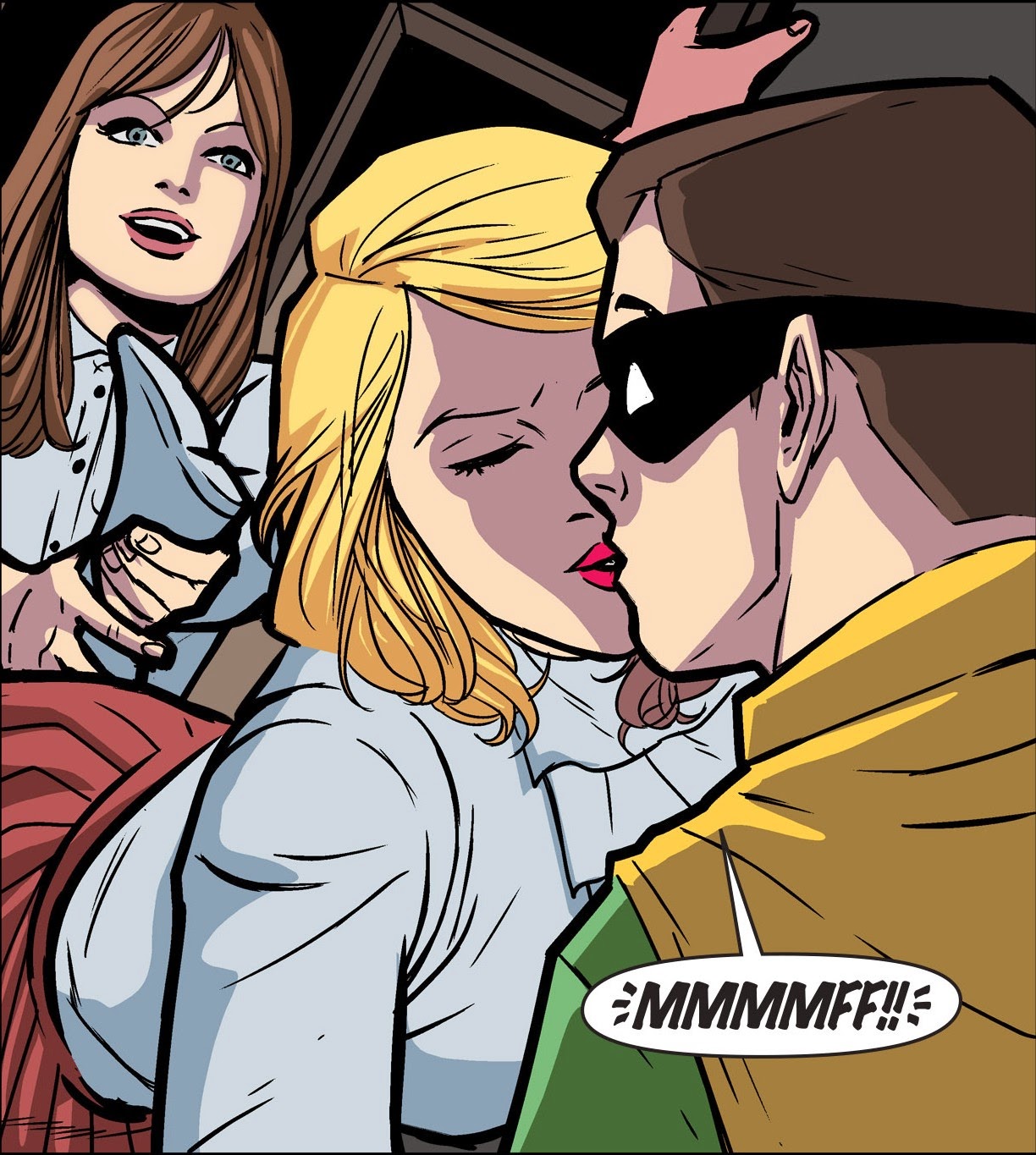 In this issue writer Jeff Parker brings back third season villains Lord Marmaduke Ffogg, his sister Lady Penelope Peasoup, and their finishing girls' class of crime students.  Parker comes up with a good script that in some ways is superior to the original three-part TV episode. Ffogg and his team have come to Gotham during an Old English festival to spread his new fog that drugs people into "seeing things his way".  Clever moments include Alfred saving the Dynamic Duo when Ffogg's daughter Prudence cuts their Bat-rope during a Bat-Climb, and how they handle fighting the all-girl gang without punching.  Once again, Mayor Linseed is incorrectly portrayed as the African-American mayor from Batman Forever, a continuity gaffe that puts it in conflict not only of the TV series, but of Ralph Garman and Kevin Smith's Batman '66 Meets The Green Hornet miniseries.  The art by Leonardo Romero is excellent, and ranks up there with some of the best of the series.  His only mistakes are drawing Batman's costume a little too baggy, and getting Robin's tunic wrong in several panels.  Overall, this issue earns a B.
Posted by Shazamaholic at 11:30 AM No comments: 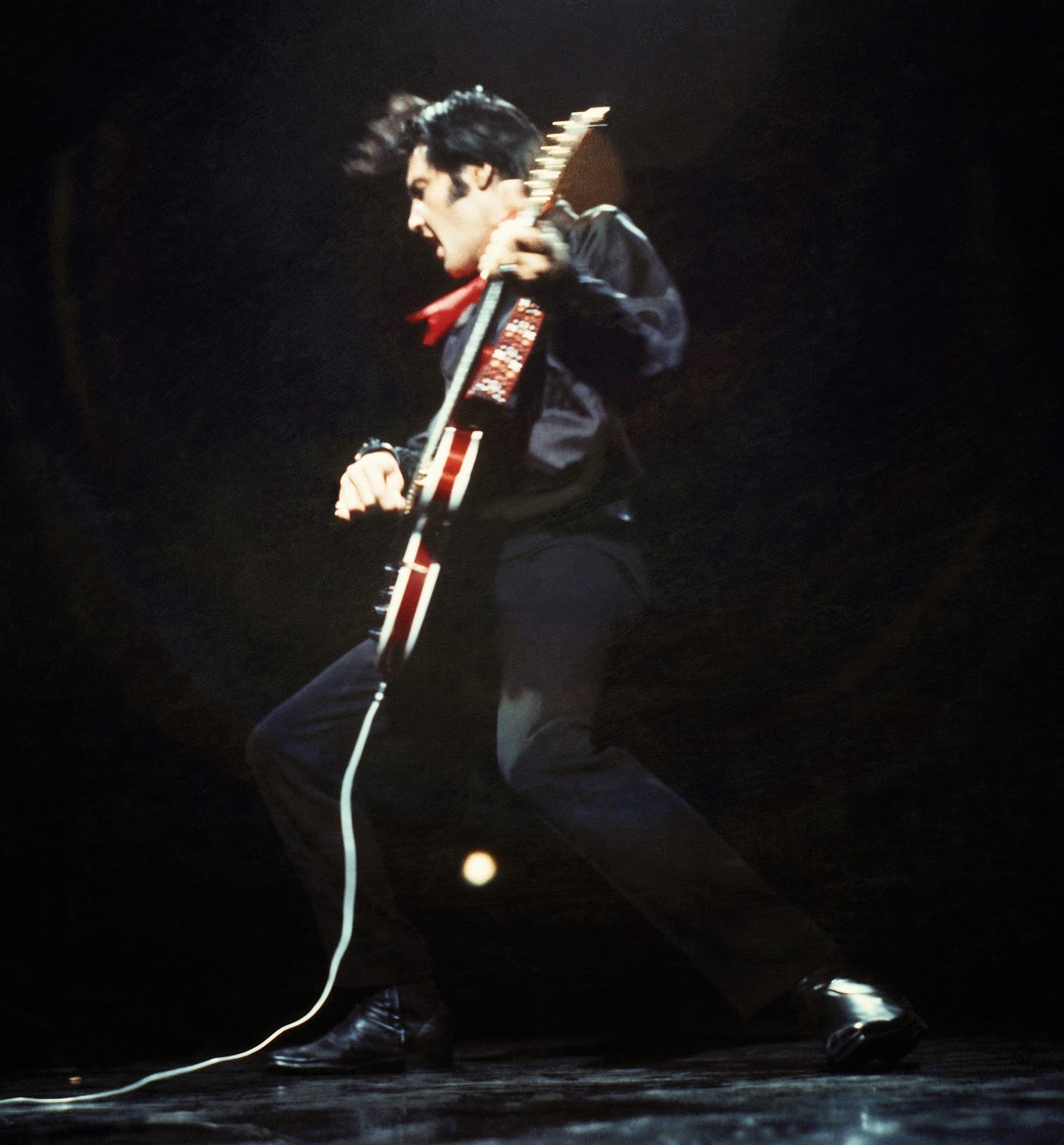 Today would have been Elvis Presley's 80th birthday.  To celebrate, here are the links to the Elvis articles I published on this blog.

What If Elvis Lived? 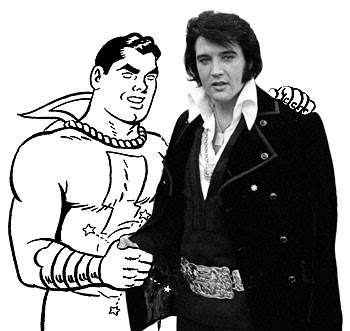 Of course, it needs to be mentioned Elvis was a big fan of The Marvel Family, specifically Captain Marvel Jr.  With the upcoming movie, hopefully the producers (and Dwayne Johnson- who is a self-professed Elvis fan) are savvy enough to be aware of this, and include several of Elvis' tunes on the soundtrack. 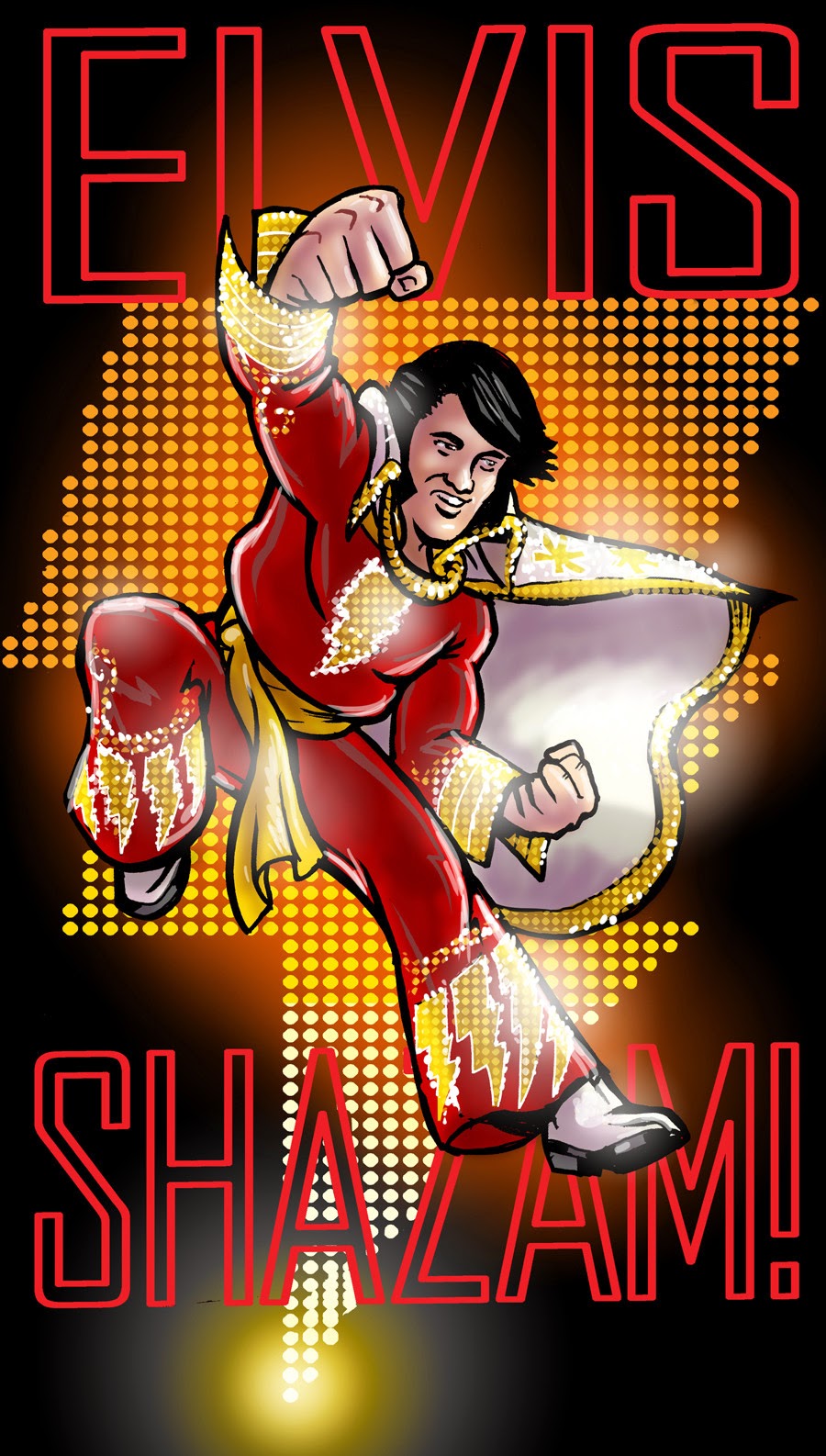 Happy Birthday, Elvis.
Posted by Shazamaholic at 10:35 AM No comments: