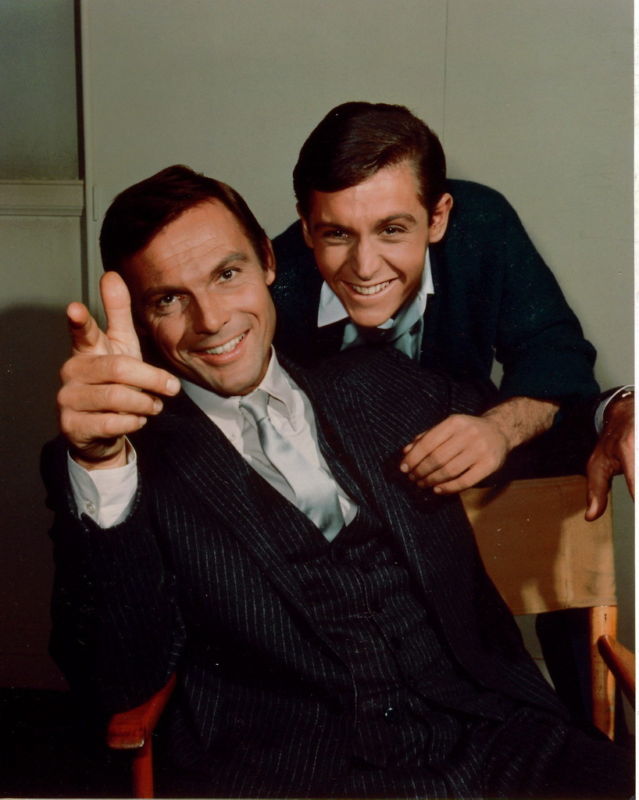 Before I get to the review of issue 7, the blockbuster announcement that has been eminent for a year has been made. The 1966 Batman TV series will be released in a DVD box set later this year, just in time for Christmas.  Early reports are that HD transfers made from pristine 35mm prints are being done, and Adam West and Burt Ward will be heading into a recording studio to do audio commentaries.  Hopefully, other bonus features, like Adam West appearing in full costume on shows like Hollywood Palace, will be included. 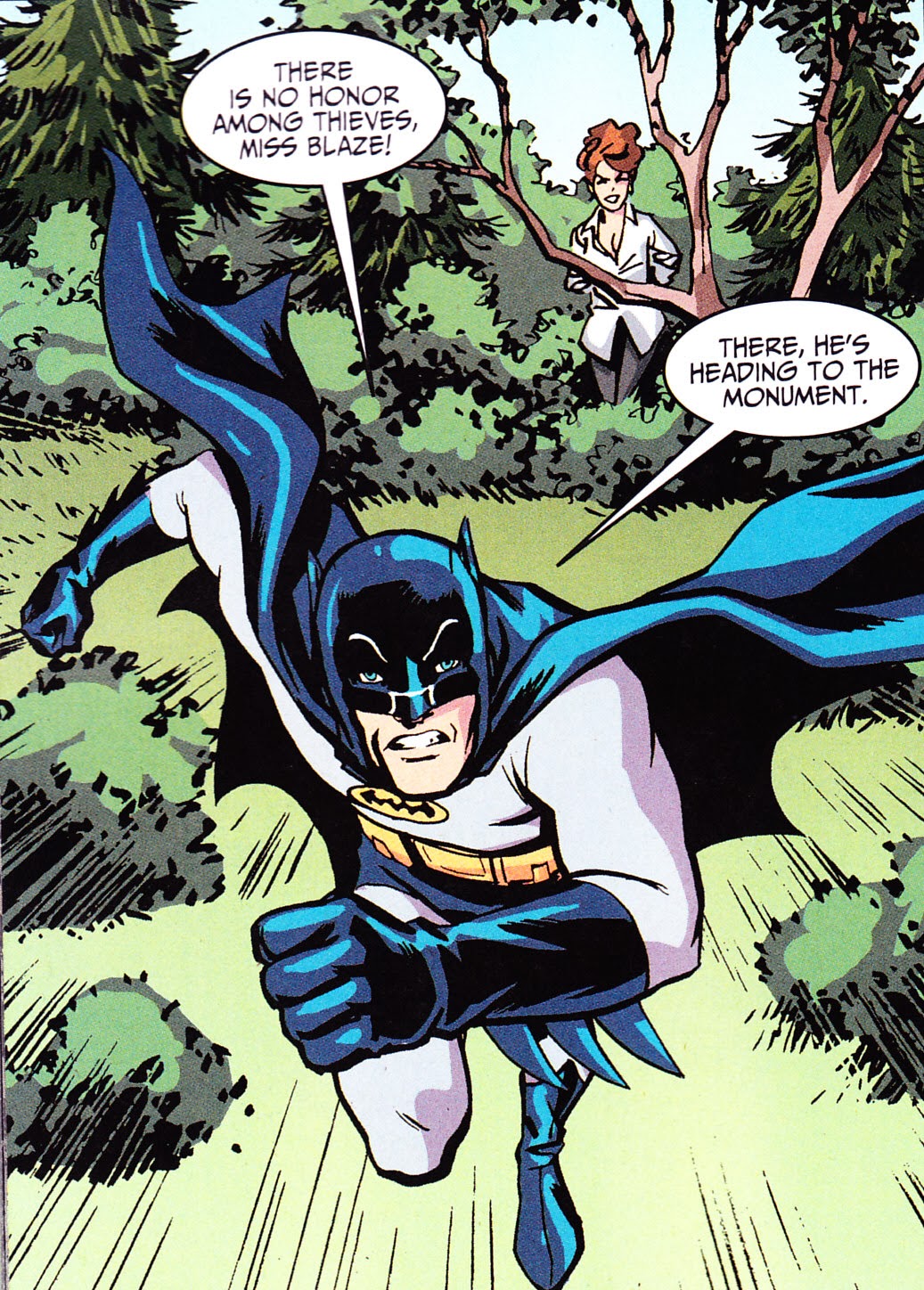 On to the review.  Jeff Parker returns as writer, and he brings False Face with him.  The story is very good and clever, where False Face impersonates Bruce Wayne, framing him.  Parker brings back Blaze and two of FF's original henchmen from the episode, a first, I think, for this comic book. The story also introduces the Bat Jet, looking just like it would had it been used on the TV show.  My one critique is that FF impersonates the president... Lyndon B. Johnson. Part of the longevity of the original series is that it was timeless.  They rarely mentioned the year, or anything too topical, at least in the first two seasons.  Season three, with all its other shortcomings, is also guilty of being too topical, with references to hippies, mods, surfers, and all other fads of the day.  The LBJ appearance is the second, at the least, reference establishing this comic book being set in the 1960s.  I would prefer it if they avoided that pitfall of season three, and followed the example of the first two seasons by keeping it timeless.  The art by Christopher Jones is excellent, although in a couple panels, as most artists on the series have done, he gives Batman a large gut.  Something else I wish would be dropped from this series.


The second story features the Joker and is written by Tom Peyer with art by Derec Donovan.  Peyer captures the Joker much better than Parker did in issue 3.  This time, I can actually picture Cesar Romero, instead of a generic insane DC Joker.  This may be the best of the short second stories.  Perhaps Peyer should write all of them, and let Parker handle the longer lead stories.  Donovan's art, however, is average, and his Batman looks more like Jack Webb than Adam West.  I wish Donovan drew the lackluster issue 3, while Joe Quinones' superb artwork graced this issue's Joker story. Overall, this is a great issue, and it earns an A-.

Finally, this week also saw the release of the trade paperback, BATMAN: THE TV STORIES, collecting about half of the original comic book stories that were adapted into TV episodes.  This book is a must have, and there has to be a volume 2 planned to collect the remaining stories.  May I also add the cover, by Amanda Conner, is spectacular, and I would love to see her draw an issue or five of BATMAN '66.

For the record, here are the stories that should be included in Volume 2:
"The Menace of False Face" (BATMAN #113 - adapted as "True or False Face/Holy Rat Race")
"The Mental Giant of Gotham City" (DETECTIVE #217 - adapted as "An Egg Grows in Gotham/The Yegg Foes of Gotham")
"The New Crimes of the Mad Hatter" (DETECTIVE #230 - aspects of this story were used in both Mad Hatter episodes)
"The Penguin's Nest" (BATMAN #36 - adapted as "The Penguin's Nest/The Bird's Last Jest")
"Batman's Deadly Birthday" (BATMAN #130 - aspects of this story were used in "Batman's Anniversary/A Riddling Controversy")
and to round out the edition, they can also include
"The Eraser Who Tried To Rub Out Batman" (BATMAN #188, the only comic book story to copy the TV series)
"Mr Freeze's Chilling Deathtrap" (DETECTIVE #373, the first story to use the TV show's Mr Freeze in lieu of the comics' Mr Zero, and to use the TV show's surname Cooper for Aunt Harriet
"Catwoman Sets Her Claws For Batman"(BATMAN #197, the first appearance of Catwoman in the Julie Newmar costume).
Posted by Shazamaholic at 1:48 PM