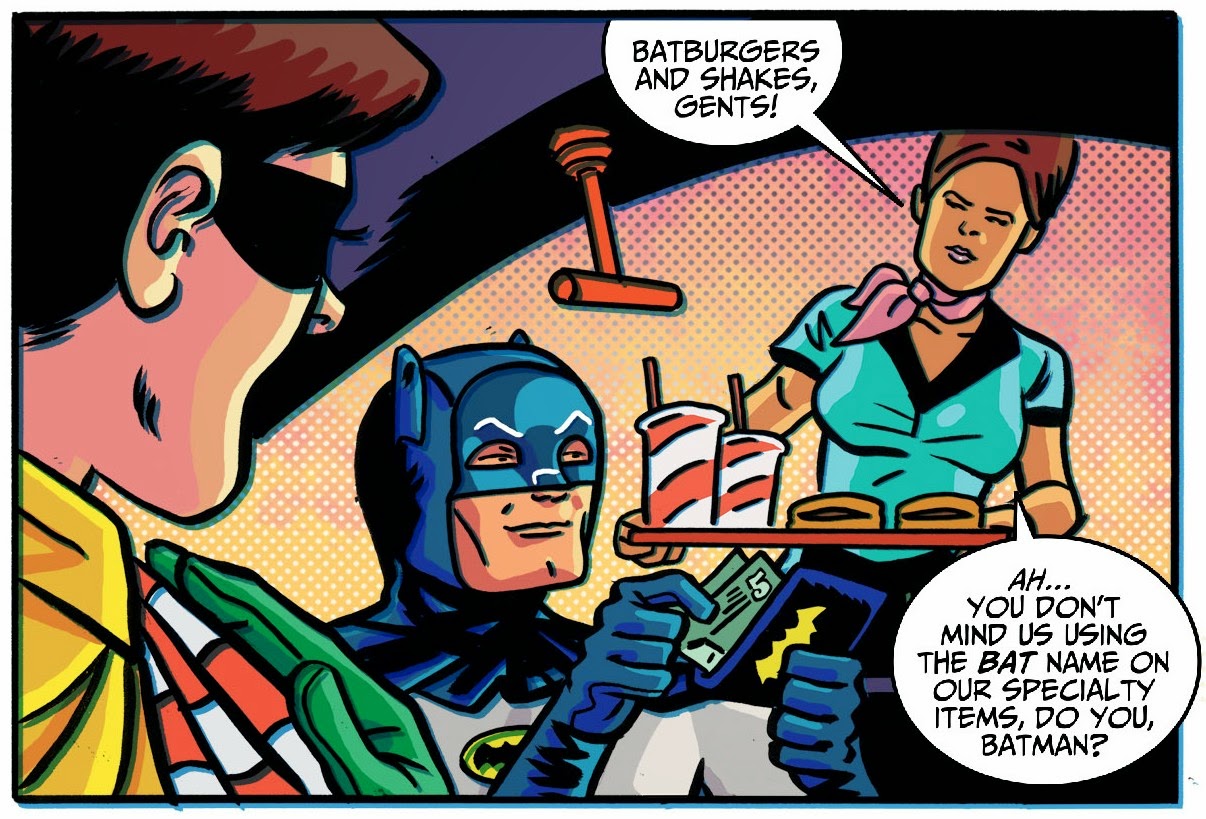 This issue has writer Jeff Parker turning in another mediocre story, this time featuring King Tut. The plot has to do with Tut using an Osiris Virus to turn Gotham citizens into... zombies! It comes off as a feeble attempt at capitalizing on the current pop culture zombie fad, especially when you consider the virus served the same purpose as Tut's Abu-Rabu-Simbu-Tu potion from the TV show.  Tut also has a ridiculous sarcarphagus automobile that looks like a rip-off of the Joker Mobile from the TV show.  Mayor Linseed appears in this story, once again portrayed as an African-American (more in line with the mayor from Batman Forever), causing a continuity gaffe with not only the TV show, but with Ralph Garman and Kevin Smith's superior Batman '66 Meets The Green Hornet miniseries. One positive thing, in Parker's previous Tut attempt, I critiqued that he actually made Tut too toned down.  Here, Tut is back in full Victor Buono glory.  Even so, this is one of Parker's weaker efforts, and the art by Scott Kuwalchuk gives issue number 12's Dario Brizuela a run for the money on worst artwork in the series.  DC powers-that-be, again I must request that you bring in Andy Fish to take over writing this title, with Ralph Garman on hand to do fill in's.  You have to base this series on the superior first season, and the constant failure to do so will kill this series sooner rather than later.  Better quality artists need to be brought in, also.  Over all, this issue earns a D.
Posted by Shazamaholic at 6:20 PM