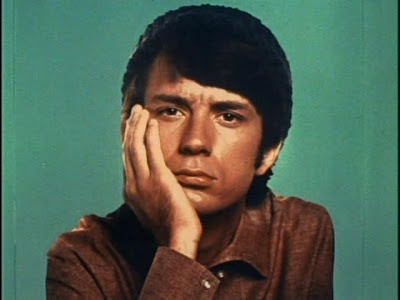 In a series of Facebook posts, Michael Nesmith voices his ideas of who should replace Davy on the tour. I'm reposting them here, not only because they are very funny, but many fans are taking this seriously, making the whole thing even funnier.


"As I get relatively older the corporeal sense data set goes more and more non-linear. I’ve been watching Emmy Blotnick all morning and laughing hard, but I know somewhere deep down I am not laughing at the right thing.

"There is a kind of horror in finding oneself inapt, and yet, there is a certain joy to it – coming loose from the moorings, as it were.

"Emmy does this stand-up that is very funny to me – “I made you a sandwich” and I watched it two or three times just this morning – and something inside me wants to tell Emmy why I think it’s so funny.

"But I know better than to do that, so I am keeping my mouth shut and laughing with the rest of the people that think she is funny.

"The reason I was watching her is because she is a blogger for Jimmy Fallon.

"And I have been talking to Mick and Pete about how we are going to do Daydream Believer without David. We have some ideas – and clearly we have to do it – it’s one of the Monkees best songs – but how?

"Stay with me here.

"Mick and I are heavy into rehearsals and hanging out – and I have started privately nourishing this idea that – in New York and LA at least – I think Jimmy Fallon should come do Daydream Believer with us.

"First, he is a good singer and musician. And second, he seems pretty easy going. And finally, and perhaps most importantly, he is the only person I think that could actually do the Davy dance with the proper gravitas and respect it deserves.

"(Lord knows Axel Rose did his best – and it may be that Axel has even won the name wars for the dance – but to me it is, and always will be, the Davy dance and not the Axel Rose dance.)

"In any case -- I think Fallon could do it great, sing the song great, and I am thinking seriously about inviting him to come and do it with us – just a couple of nights. I am giving it a lot of careful thought.

"So far I haven’t got this past Mick and Pete – I actually haven’t even asked them – but I am drifting that way because of Emmy Blotnick who has now (unwittingly)re-enforced the notion that Fallon could do it great – “birds of a feather” is more than enough validation for me. That’s the best I can explain it: Blotnick sandwich = Jimmy Fallon sings Daydream Believer and delivers his version of the Davy dance.

"So, Mick and Pete and I have the show covered, it will be fun and satisfying to the hardest core Monkees fan –but --

"There is this one last thing we absolutely have to work out and get right -- who will sing Daydream Believer?

"I’m starting with Jimmy Fallon – and if he won’t do it -- then I’ll just let the non-linear world take over and see where the ball lands next.

"It may land in the town we’re coming to." 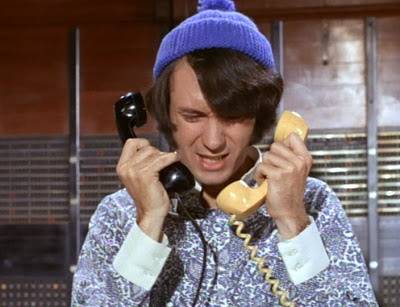 The plot thickens with the second post:
"I am shocked!

"Shocked and dismayed. I just got a call from Jimmy Fallon and he was cackling with glee. (At least I think it was Jimmy. He swore to me it was really him) It's very unlike Jimmy to cackle. He is so sweet and kind on his show, and he treats his guests with respect and asks smart questions, so I was so surprised to listen as he delightedly told me that he had hacked my Facebook page!!

"He was unabashed. He said he tacked a post on to the one I wrote about Emmy Blotnick and her sandwich routine.

"Then, (and this is really weird) he begged me to let him sing Daydream Believer and I didn't know what to say -- I had no idea what he was talking about. How did he find out Mick and Peter and I were thinking about who should sing Daydream Believer with us? Its very important to us, of course, but we have been keeping the discussions very quiet and just between the three of us.

"What I did say was that "we haven't decided yet, Jimmy." Sheeez.

"I'm not sure what he posted on my Emmy Blotnick post. I haven't had a chance to read it yet , but he did a lot of damage here on the site, I can already tell. There is a whole thing of chocolates missing from my FB page. And half the bottle of cologne is gone. Vanished. It was that really good Axe cologne that makes women chase you around -- just like they show on TV.

"I'm sure he took them. Or had something to do with it. So unlike JF.

"I am heartbroken. I love Jimmy Fallon and his show and his whole zeitgeist thing he does. He is my favorite late night guy. I admit I'm not up that late that often. But I almost always watch the one from the night before while I have dinner at 4:30PM. That's my me time. But I am not going to watch now for a long time.

"Not after he broke into my FB page and posted stuff and takes valuable items. That just goes beyond the pale.

"And just for the record, no offense JF, but my choice is for Bono to sing it.

"I'm even thinking of asking Bono to join us for the whole tour just for that one song. Especially now, after Jimmy just trashed me.

"And I am sure it was Jimmy that called, I have the call back number on my cell, and sure enough it's from North Carolina, which is where JF's cell phone is registered. 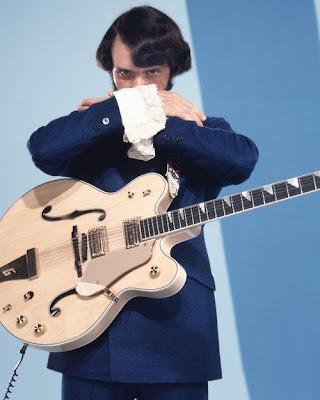 Mike responds to fans threatening to boycott the upcoming Monkees tour if Kevin Spacey is not invited to sing Daydream Believer as a tribute to Davy Jones.

"OK now this is getting out of hand -- or maybe out of control -- or something.

“Apparently there is a fan group -- Monkees fans -- who have formed a large contingent to boycott the upcoming tour unless and until we invite Kevin Spacey to sing ‘Daydream Believer’ as a tribute to Davy.

“Now, I like Kevin. He is a close friend that calls all the time, at least he says he is Kevin Spacey, and we talk a lot, but there are too many things that are just plain wrong with this, if I may be so bold as to scold.

“First Micky and Peter and I are in rehearsals now and working very hard to put together a great show that includes a solution to what to do about ‘Daydream Believer.’ We have some very good ideas, and we think they will work out well.

“None of them include having Kevin sing, and as good a friend as he is -- he calls all the time, really, like at 3 a.m. and so forth -- I just can't agree to this.

“Yes, I think David would like the Bobby Darin connection, and, yes, Kevin is a good singer, a really fantastic impressionist, but he is waaay too old, and he cannot, as far as I know do the Davy dance. Not that he would ever need to, but I don't think he can do it.

“I mean, he limped a little in ‘Usual Suspects’ -- but that is a very long way from the Davy dance -- a really, very, very long way.

“And now these so-called ‘fans,’ as they call themselves, want to boycott this concert tour unless and until we invite Kevin to sing ‘Daydream Believer’ at the end of the show.

“I am beside myself with worry over this, and don't know what to do. To have such a revolution among people who should know better and who have never even talked to Kevin as I have, sometimes for hours and hours when he was thinking about maybe leaving show biz, just makes me so sad and confused.

“But for you ‘Spacey Cadets,’ as I will now call you disparagingly, Peter and Micky and I have got this whole Daydream Believer thing right at the top of our list of things to bring to the concert in the best and right way. It is important to us, and we don't intend to mess around with this. There are times when the Monkees just have to get serious and this is certainly one of them.

“So, pushing us around, and making the three of us have agonizing conversations in the rehearsal studio, and sometimes during meals, even, is just not helping at all.

“These shows are going to be so much fun, and will represent the whole Monkees part of our lives so well, that you just don't want to miss them. (Micky and Peter are sounding better than ever, BTW).”

Let me just add, Mike is the best.  Eventually, Micky Dolenz stepped in to set the record straight in an interview with Musicradar: 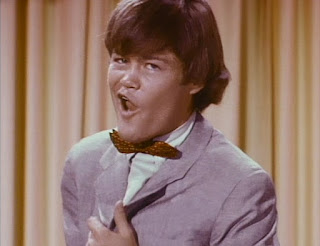 [Laughs] "That's a joke! It's a total joke. That was just, like, goofing. No, what has been discussed is having friends and people come on stage in select places and singing along with us. Ringo does that. U2 – Bono brings people up. In fact, Davy Jones joined U2 on stage once for 'Daydream Believer'. So that's what that was all about. We understand that Jimmy is a fan and likes the music, so maybe he will show up on stage somewhere as a guest. But he wouldn't be replacing Davy."

"What happened was, I started taking lessons from my first teacher, John Carlos, a very famous drum teacher. But before that, when I was a kid, I had a leg-bone disease. Fortunately, it didn't turn out to be serious, but it made my right leg weak – it still is – and I'm right-handed. So this presented a problem.

"I sat down and started playing at a traditional kit, but my right leg got very tired playing the kick. I told this to John Carlos, and he said, 'Well, you're still learning. Just switch it around.' I started playing the kick with my left, which was fine, and I played the snare with my left hand and the hi-hat with my right leg. It became this sort of V-formation. That's how I learned, and it became kind of interesting. I think it contributed to some of the unique rhythms I've come up with because of that configuration."
Posted by Shazamaholic at 9:04 PM