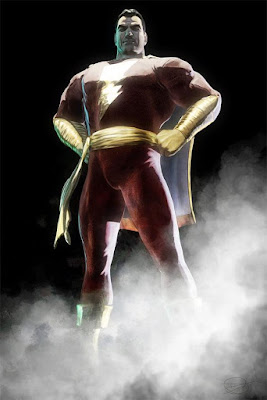 Just four months after director Peter Segal declared the Shazam movie officially dead, reports are circulating that the movie is back on according to WB execs Greg Silverman and Toby Emmerich.  Although unlikely, a rumored release date of July 2016 has been set, making it the first movie to be released after Batman v Superman. Part of me kind of hopes for a Pixar style CGI animated film using C.C. Beck's art for the character designs and Otto Binder's stories as a basis for the script.

However, if the live action movie is finally going to get made, I thought it would be a good idea, since this is also my 100th post, to publish a revised version of the Shazam movie suggestions I first posted 4 years ago when I started this blog, even though I have a dread feeling WB and DC might end up doing the complete opposite of everything you will read below.

I want the upcoming SHAZAM movie made correctly. I unquestionably do not want it to be a campy comedy, but to be sure, the definitive Captain Marvel movie must have a lot of humor and fun. It also must be balanced out with drama and pathos and action-adventure. Needless to say, it should have breath taking special effects, and be filmed in IMAX. I would like to see the film use tilted ("Dutch") camera angles, much like celebrated film maker Orson Welles pioneered, to give it a unique look. The final shooting script should not be based on the recent DC comics, with its pale, inferior version of Captain Marvel, nor on the current DCnU version from Curse of Shazam. It is the Fawcett Captain Marvel of the 1940s and 50s which should be the source material for the film (as producer Michael Uslan once promised). When Otto Binder and C.C. Beck hit their stride, they produced some of the greatest superhero adventures of all time, certainly superior to DC's recent attempts at Shazam. Alex Ross and Jim Krueger's  Justice mini series remains the definitive modern take on the character, far surpassing anything Geoff Johns has done. Captain Marvel's appearance in the mini series, blended with the original Fawcett material, should be the template on which the movie is developed.

Previous attempts at developing the movie over the past decade seemed married to the "Big with superpowers" concept.  This concept keeps the character trapped in a goofy, juvenile stereotype. Cap should not act like a 12 year old. He has the wisdom of Solomon, which should make him more mature and less headstrong than Billy. Under no circumstances do I want to see a scene where Captain Marvel learns how to be a superhero by reading Superman comic books.

As in the Fawcett comics, Billy should be the star of the movie. Its his adventures we follow. Yet there still must be a lot of screen time and action sequences for Captain Marvel. I speculate the creators of Captain Marvel had the Old Testament book of Tobit in mind as a muse. In it, the mighty archangel Saint Raphael takes the form of a teen, Azariah, while among mortals. I suggest all Captain Marvel fans read this book. If you don't have a Bible with the deuterocanonical books, here is a link for Tobit . Mary and Freddy should be supporting characters the film, but they should not get their powers until the sequels. Needless to say I do not want to see the three new kids, Darla, Pedro and Eugene, cluttering up the film.

The film makers need to get Alex Ross to be the movie's creative consultant, and an associate producer. He is one of only a few contemporary comic book talents who really "gets" the Big Red Cheese. For the screenplay itself, a writer needs to be hired whose name is not David Goyer. Someone who can write great action and adventure and also humor, and above all, someone who will listen to Alex Ross. The film should use Ross' version of Captain Marvel's uniform, but it should not be skintight spandex or muscle enhancing rubber. The model of Tom Tyler's costume from the serial should be used, where the top is more of a jacket, and the pants, while snug, are not actual tights.

Perhaps the most infamous Captain Marvel fan was/is Elvis Presley. The definitive Captain Marvel movie must have an Elvis soundtrack. "If I Can Dream" would be a perfect theme song. Many of his under appreciated 60s tracks would fit the film perfectly, like "Long Legged Girl" for Beautia, "What A Wonderful Life" for Billy, "That's Someone You'll Never Forget" for Billy's crush on Beautia, "Kiss Me Quick" for Beautia's longing for Captain Marvel, etc.  Perhaps Duane Eddy's hit instrumental "Shazam" could be incorporated into the score.

For the director, hopefully assuming Peter Segal is officially gone, I got to go with Sam Raimi.  He knows how to blend action, adventure, and humor.  He knows how to bring a comic book to life without veering too much into fantasy nor into stark realism.  Despite the bad rap he got for Spider-Man 3, the first two movies proved his value as a superhero director.

This 6 foot 5 actor auditioned for Captain America, but lost out to Chris Evans. Currently on the sit-com Baby Daddy, Theler has shown charisma and screen presence, and has an innocent quality to him that would be perfect for Captain Marvel.  He could go toe to toe with a certain charismatic former pro-wrestler, and make The Big Red Cheese relateable and likable.
Alternate picks: Wes Bentley, Jesse Metcalfe or Lou Ferrigno Jr. 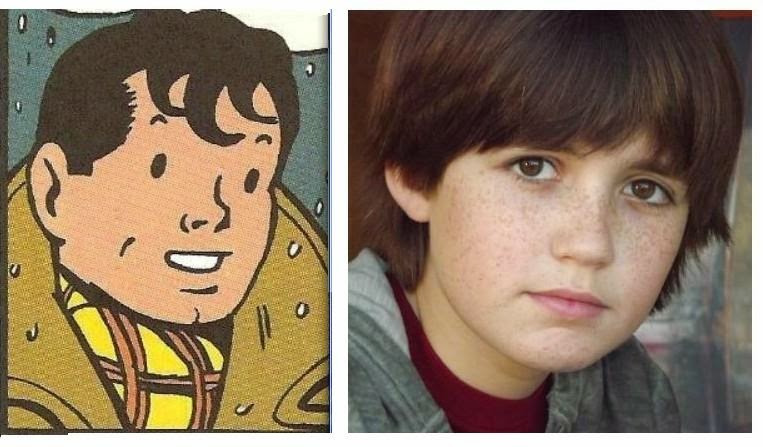 It's tough to cast the two boy roles, because kids age fast.  Assuming filming begins in less than a year, Preston would be a good choice.  Otherwise, gotta go with unknowns. 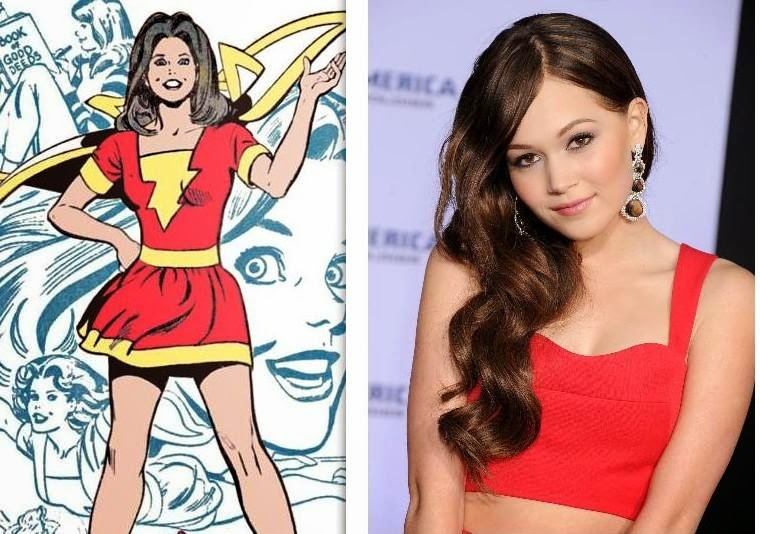 This young, talented girl would bring Mary to life and capture her personality and character wholly. 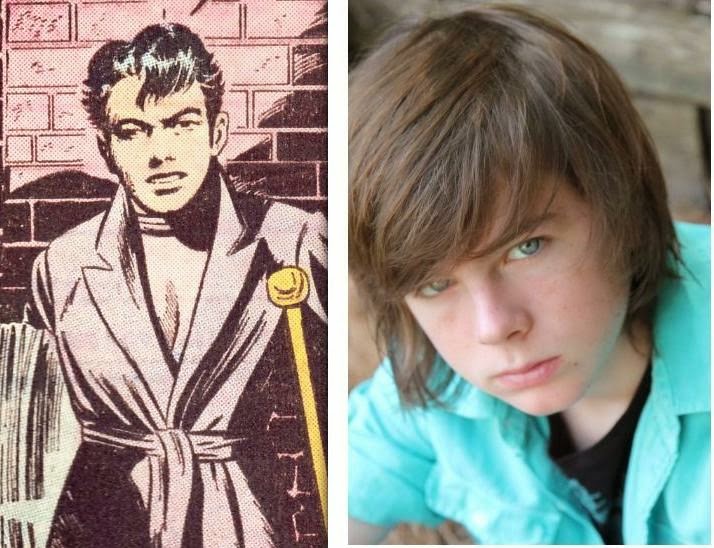 Same situation as with casting Billy. 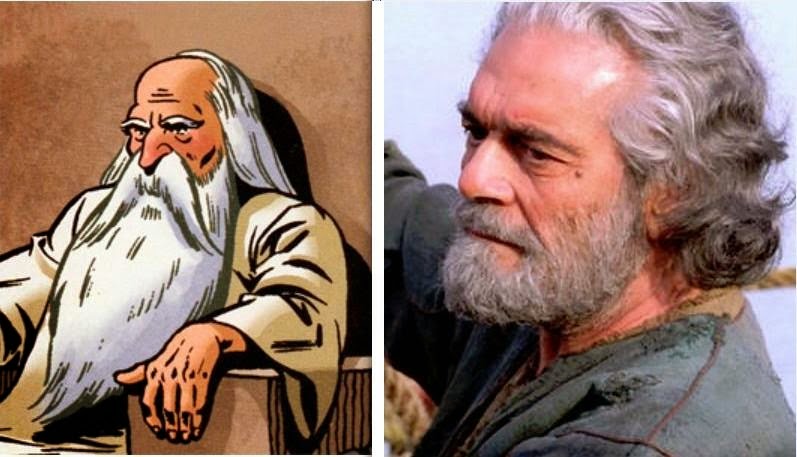 This movie legend is, without a doubt, the perfect pick to play the ancient Egyptian wizard.
Alternate pick: Michael Keaton.

This talented character actor would bring the Rightful Ruler of the Universe to life and be bad news for Captain Marvel.
Alternate picks: Martin Short or  Joe Pesci. 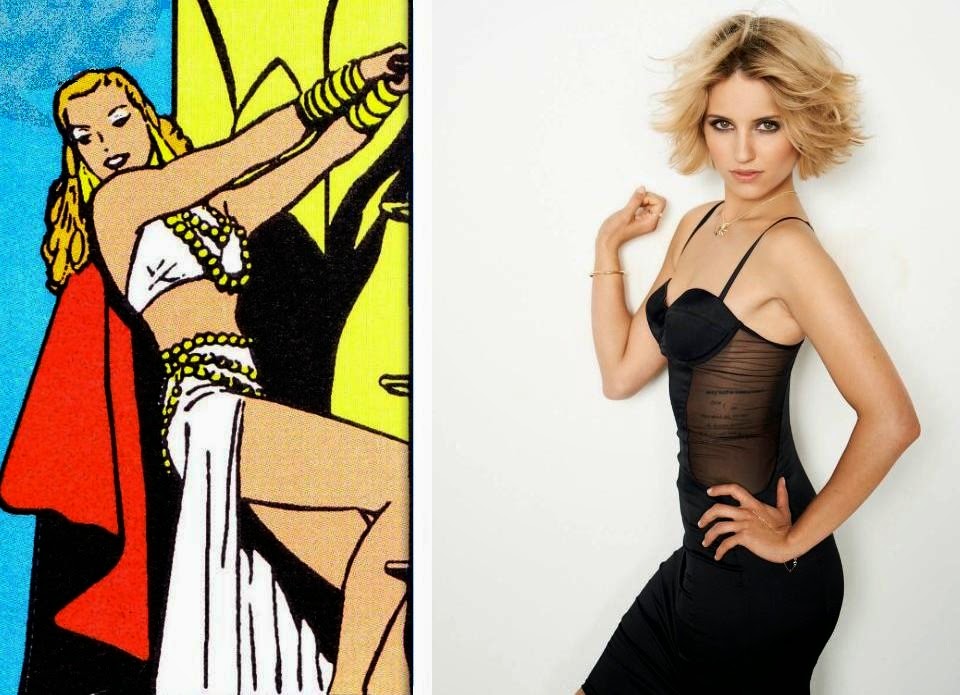 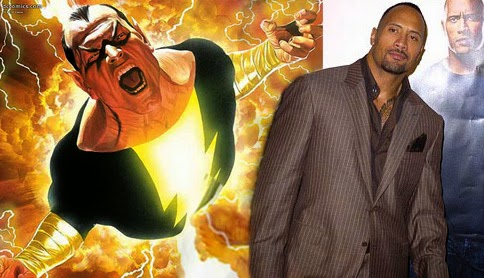 In all honesty, I'd rather see an actor of Middle Eastern decent play the  role instead of the African-Samoan Johnson, but recent developments and cryptic comments by Johnson and WB over the last few weeks seem to point that a deal has already been made, so no point fighting it. 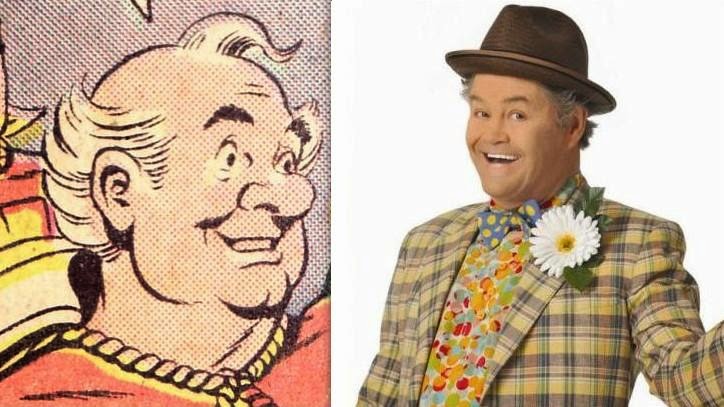 This is my #1 casting pick! Dolenz is Dudley incarnate and would be a highlight of the movie and a real scene stealer. If nothing else, I want Dolenz cast as Dudley. 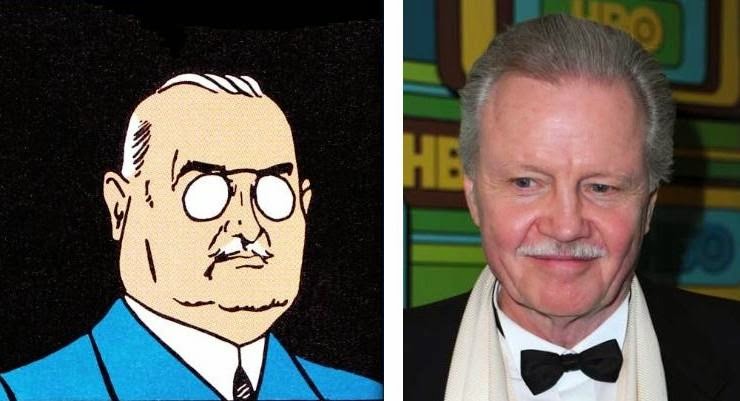 This acting legend would be perfect to bring the owner of station WHIZ to life.
Alternate pick: Dan Aykroyd. 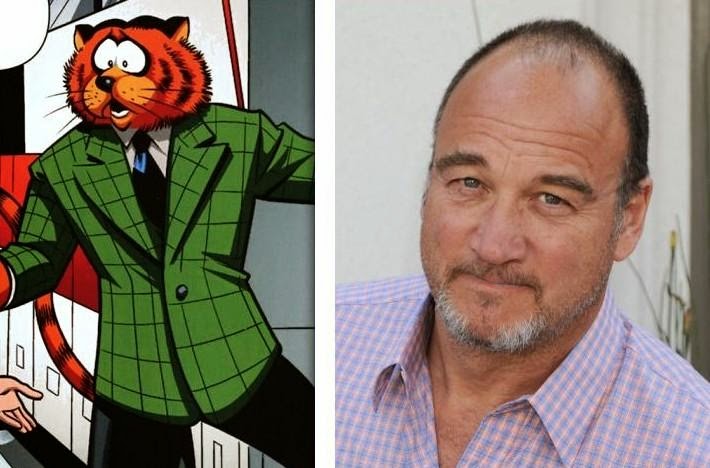 I could really see Belushi in the role, whether it be him in extensive make up, or a CGI character based on Belushi's looks, with him doing the voice.  Just perfect.

This TV legend is sure to bring gravitas and likability to the character, and really set the audience up for heartbreak when the inevitable happens.
Posted by Shazamaholic at 2:04 PM

Sam Raimi would be perfect to direct the movie. My choices for alternate directors would include Edgar Wright, who recently walked away from the "Ant-Man" movie.

Tim Burton, who might be short on action, but would make a visually stunning film. Only Burton could really get into the weirdness of Capt Marvel's world with talking tigers and evil worms.

Robert Rodriguez, if he could find a nice middle ground between the extremes of "Sin City" and "Shrkboy and Lava Girl".

Matthew Vaughn... unfortunately, he a Disney-Marvel guy now. Jeff Wadlow? Might be a risky gamble that pays off big.

Brilliant manifesto, and perfect casting. Derek Theler would be a perfect Captain Marvel. Alex Ross MUST be involved creatively in this movie.

Kevin Tsujihara, Michael Uslan, and Diane Nelson, are you reading this and taking notes?