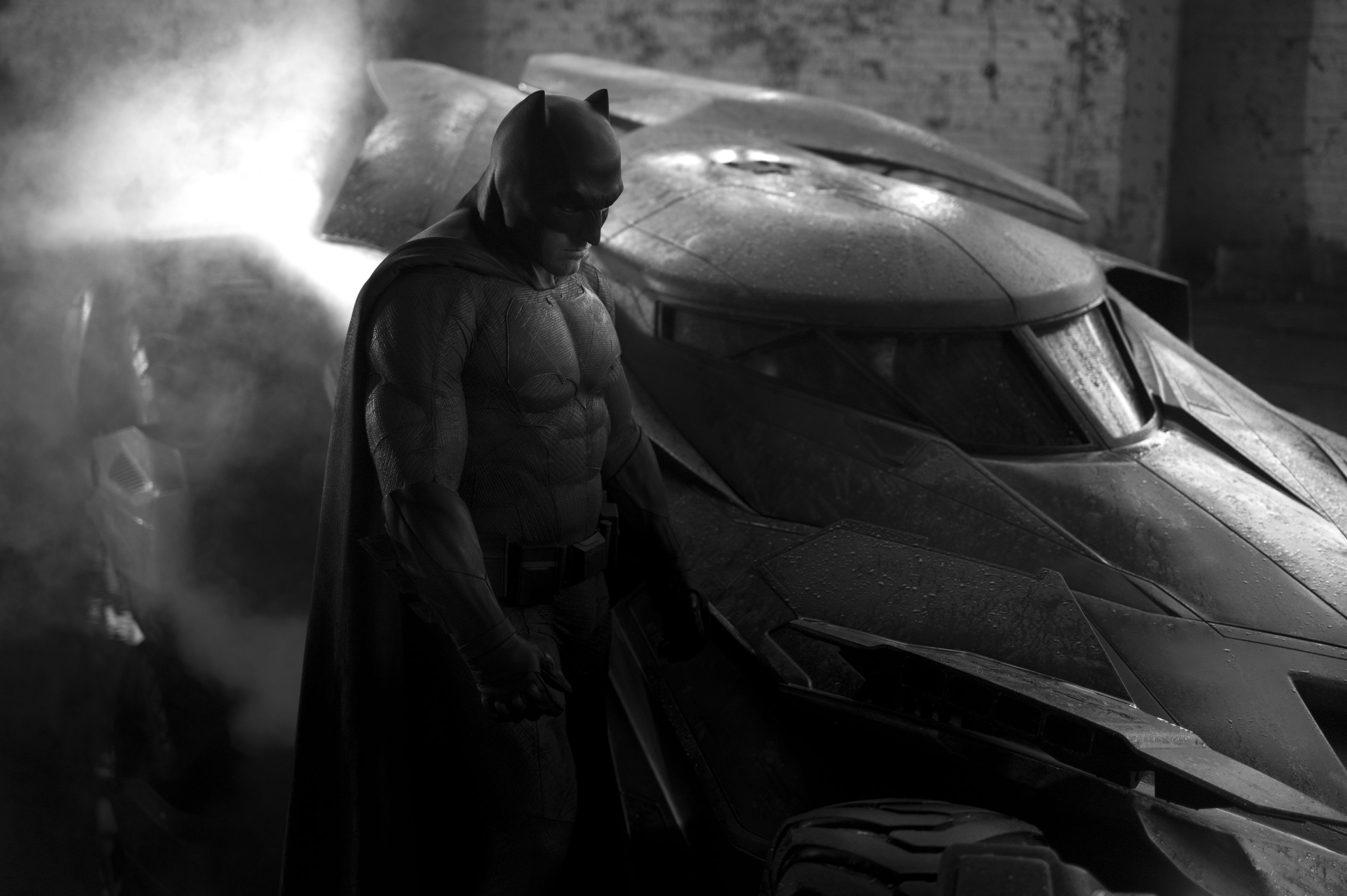 My observations? While I still haven't quite warmed up to the fact Ben Affleck is playing Batman yet, I do think the photo shows an improvement over Christian Bale.  I always thought the cowl on Bale's costume made his jaw look way too narrow.  That's certainly not the case with Affleck. While I'm not a fan of short ears or the squared off fins on the gloves, I like that they departed from the Nolan-Bale era pad covered suit that made Batman look like a motocross rider or skate boarder at times.  I kind of wish the chest emblem was a little less Frank Miller like, but its still an improvement over the weird Nolan-Bale era emblem.  I'm also glad to see a Keaton-era leathery cape back, instead of the Bale era Liberace-like velvet cape. I'm very optimistic the suit will be blue and gray... if it was black and gray, or solid black, or shades of gray, there would be no point in releasing the first photo without color.  It has to be to keep the fact the costume is blue and gray a secret a little longer for a bigger reveal later on.  As for the Batmobile, it looks to be a good middle ground between the classic Burton-Keaton era Batmobile, and the Nolan-Bale era Tumbler.
Posted by Shazamaholic at 8:00 PM