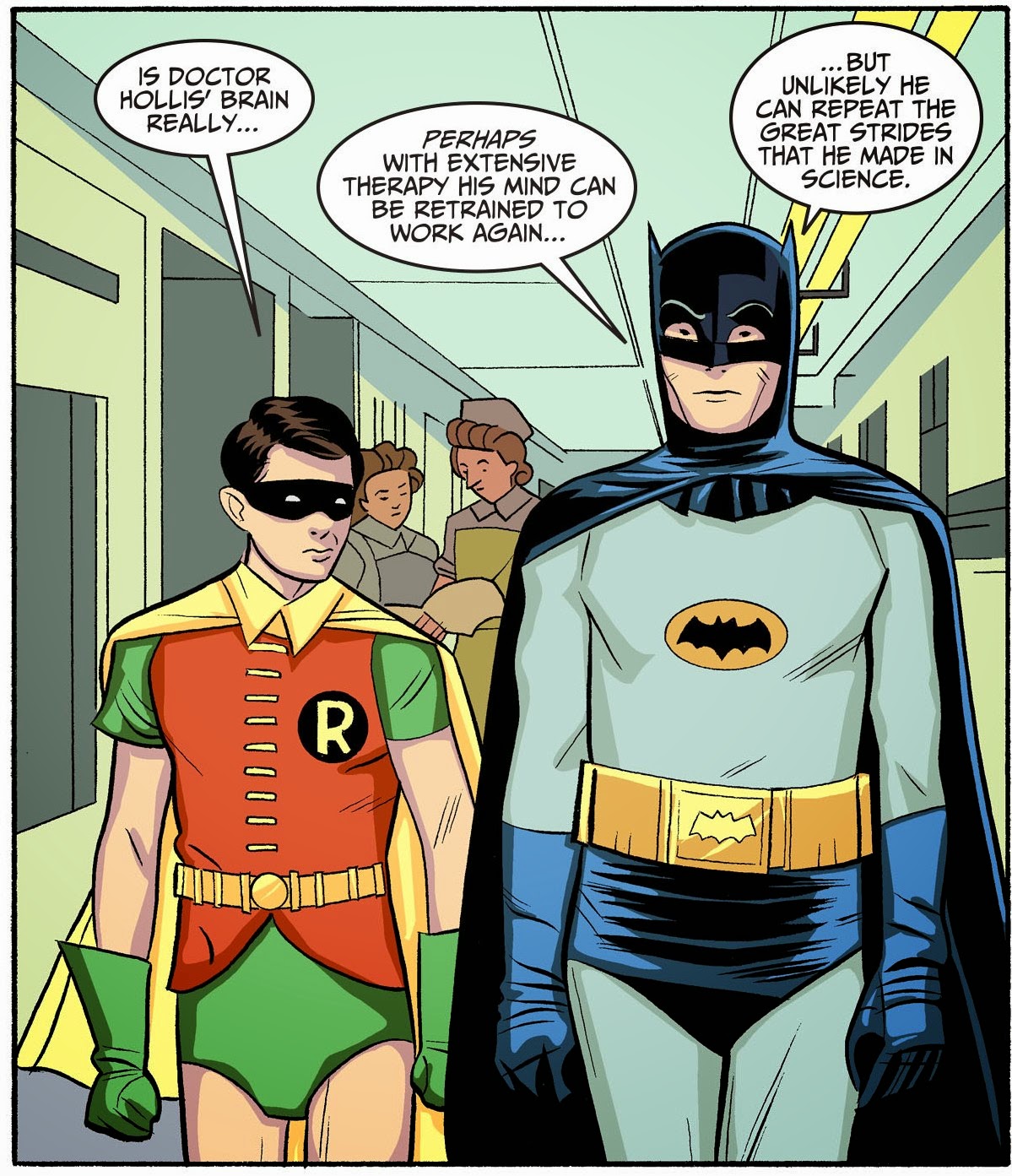 This issue features a somewhat bizarre premise.  The Penguin and the Black Widow team up to destroy a new process for creating fuel, and then they rob a bank.  Once Batman and Robin discover their hideout and are captured in a giant spider web, Batman is able to convince Penguin, by planting the idea the Black Widow will kill Penguin once she's done with him, to free them and to join them to take out the Black Widow.  Jeff Parker's script, as usual, is cemented in the weaker aspects of the second and third seasons of the TV show.  But what stands out this time is his reworking of the Black Widow.  On the TV show, she was portrayed by an elderly and feeble Tallulah Bankhead. The character itself had quite a pedigree.  Originally called  The Scarlet Widow, she was Superman's enemy on the 1940s radio program, and, much like Bankhead, described as an old hag, gaunt and ugly.  Revamped as The Spider Lady for the 1948 Superman movie serial starring Kirk Alyn, and played by Carol Forman, she was young and sultry.  Finally, in 1967, reworked as The Black Widow, appeared on the second season of Batman. Parker's take seems more in tune with the Spider Lady from the serial, although still older and gray.  The art by Wilfredo Torres is above average in some panels, below average in others, never outstanding.  This issue earns a C.
Posted by Shazamaholic at 4:09 PM