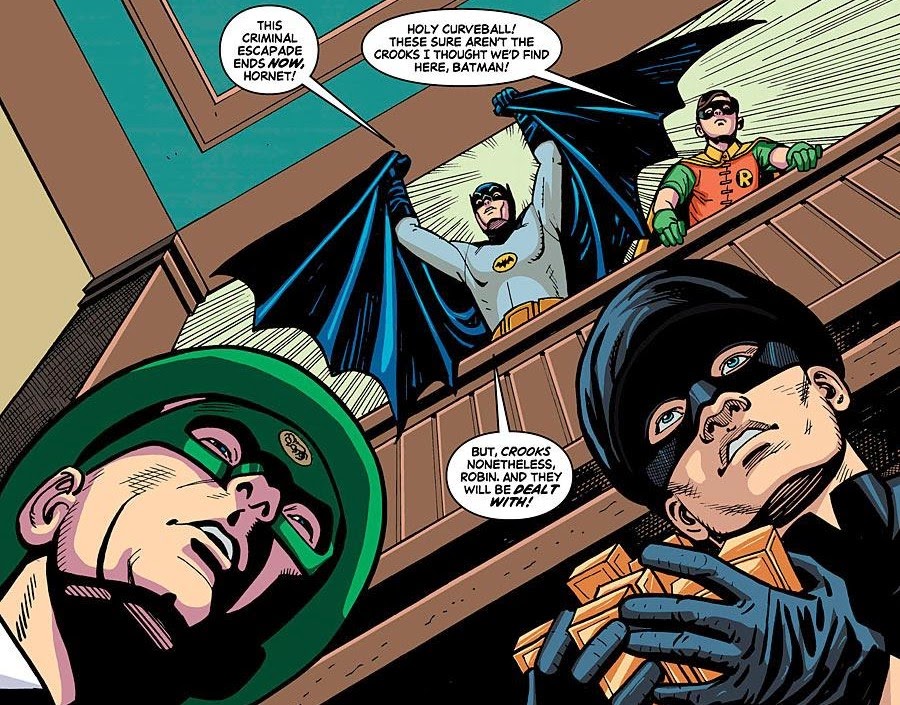 This issue picks up where the last one left off, with the Hornet and Kato about to rob the bank, only to reveal its a ruse so he can plant a homing transmitter on the coin collection Gumm and The Joker are after.  But their plans are spoiled when Batman and Robin arrive.  There is a showdown between the two teams, while Gumm and the Joker purloin the coin collection.  When Batman realises a crime occurred, the Hornet and Kato make their escape.  The Dynamic Duo deduce where the Joker and Gumm are holding out (and a nice reference to the pilot episode), and arrive, only to find out its a trap.

As with previous issues, writers Kevin Smith and Ralph Garman capture the series perfectly, even if it treads more onto the sillier second season.  This issue, in particular has lots of nice Easter eggs for fans, and was over too quickly.  Ty Templeton's art is still stellar, and the cover by Alex Ross is his usual masterpiece.  This issue earns a solid A.
Posted by Shazamaholic at 1:49 PM