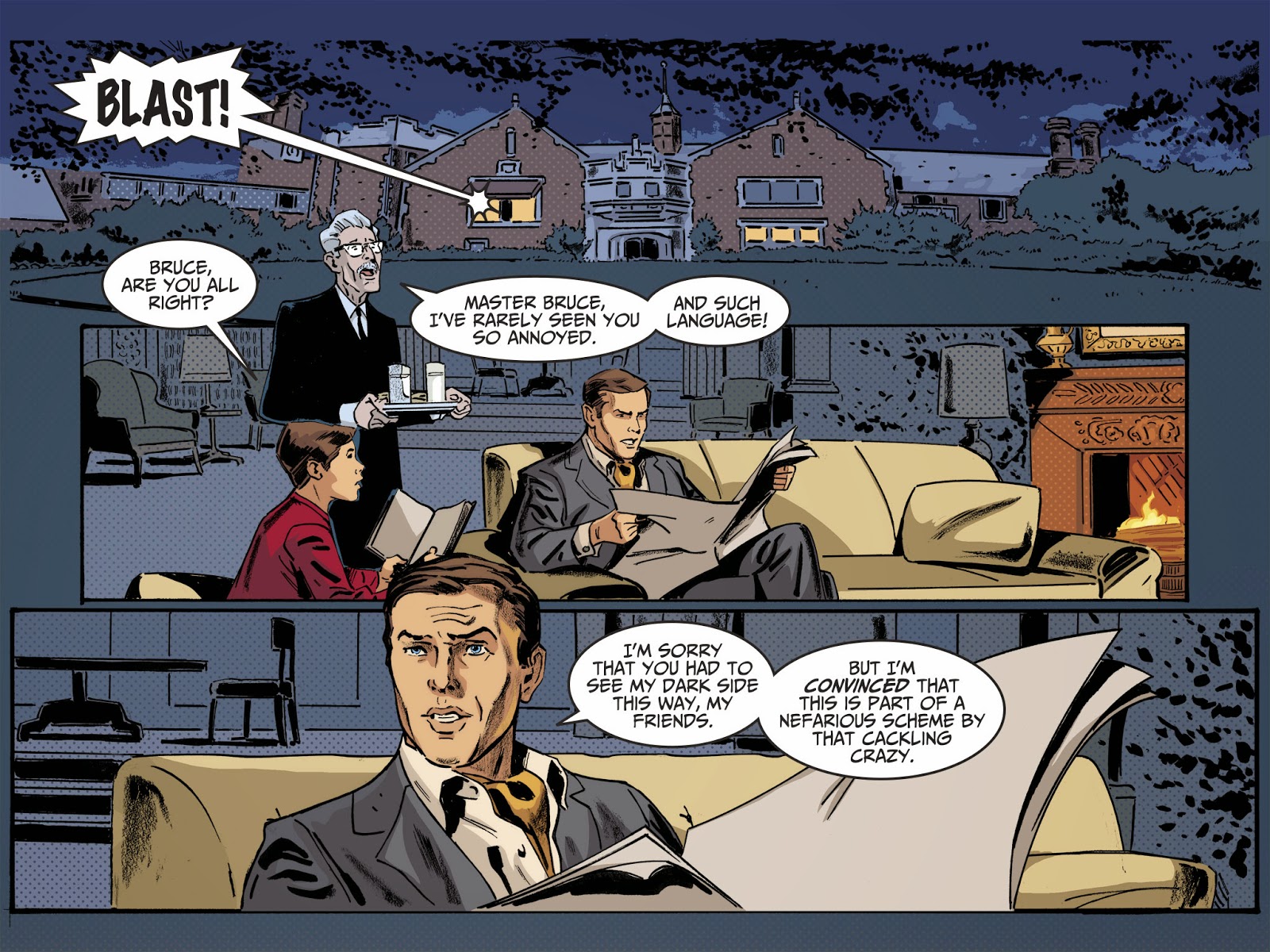 This issue features a new writer, Rob Williams, who turns in a story featuring the Joker seemingly becoming a crime fighter, which in reality is just an elaborate ruse to snake the loot of all of Gotham's other arch criminals.  Williams' effort is kind of uneven. He gets in some good moments, like a frustrated Bruce yelling "Blast!", only to apologize for his dark side. Contrast that with a Joker who really doesn't come across as the Cesar Romero version.  The art by Ruben Procopio is generally good, but there are some mystifying inconsistencies, such as the second half of the story sees Jokerman in a completely different costume and Jokermobile than the first half with no explanation.  Likewise, the first part of the story has Mayor Linseed portrayed as a generic white man (not looking like the actor who portrayed him, Byron Keith), while the second half of the story sees Linseed once again erroneously portrayed as the African-American mayor from Batman Forever. Despite Procopio getting credit, it almost looks like a different artist drew the second half. This issue earns a C+.
Posted by Shazamaholic at 11:00 AM