One of the young stars of the big screen remake of Steven King's It, Jack Dylan Grazer has won the role of Freddy Freeman in the Captain Marvel movie. Something of a good sign is that Grazer has dark hair, like the classic version of Freddy, opposed to the blonde New 52 Freddy. 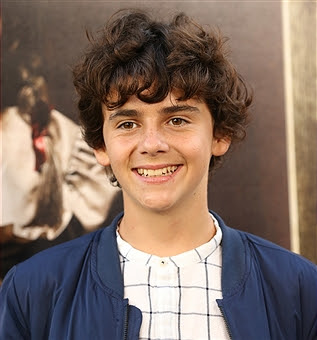 However, with the alleged castings of Mark Strong as Sivana, and the 21 year old Grace Fulton as Mary, I am slightly pessimistic this movie will be Curse of Shazam: The Movie. Hopefully we will soon get more casting announcements and a confirmation as to whether Captain Marvel will be the basis of the movie, or New52 Shazam.

UPDATE: David F. Sandberg posted a pick of the casting process.  Of note is neither Mark Strong nor Grace Fulton are in the photo, confirming neither one has signed on.

Posted by Shazamaholic at 10:00 AM