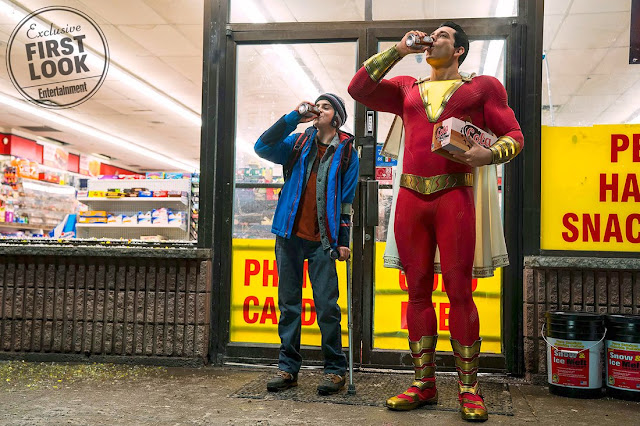 Unfortunately this is just further confirmation this is going to be Curse of Shazam: The Movie.

In the Entertainment Weekly interview, director David Sandberg mentions the costume's shorter cape, as if that is the thing that will keep us long time Captain Marvel fans happy and quiet: “It makes him feel a bit more Golden Age superhero, which is the vibe I’m going for.”  And yet everything else, so far, appears to be ripped directly from the New52 reboot, which the majority of long time Captain Marvel fans detest.

The first teaser trailer will be released next week.  It is going to have to be ... well, marvelous, to win me over.

UPDATE:  a second official photo has been released, also featuring Zachary Levi and Jack Dylan Grazer, confirming a thought I had when it was revealed the talented Grazer was cast as Freddy, while lightweight Disney Channel personality Asher Angel was cast as Billy: Freddy is going to get a lot more screen time than Billy. 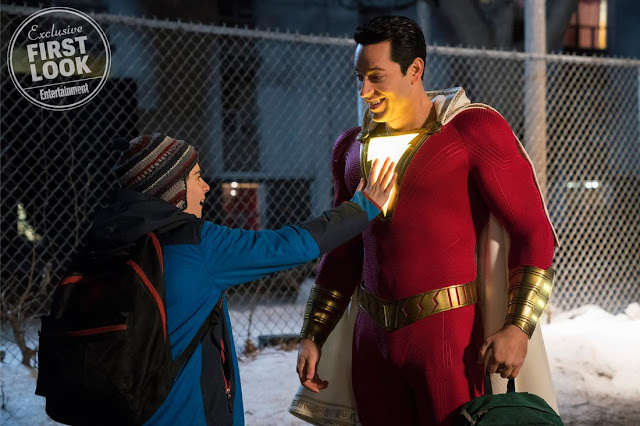 And a new photo for the cover of EW, which is cringe worthy of where this movie is going. 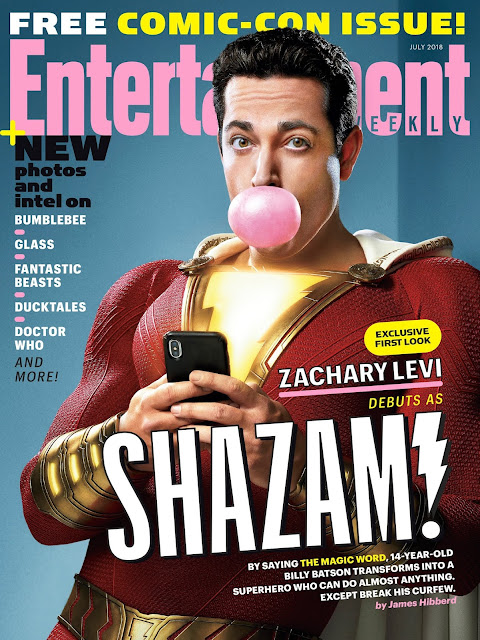 Finally, a pic of Billy Batson (with Freddy Freeman) has been released. 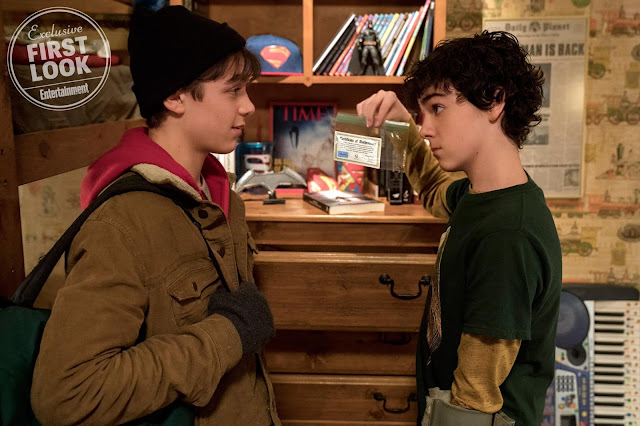 Posted by Shazamaholic at 10:10 AM