Dominic Joseph "D.J." Fontana, Elvis Presley's long time drummer, passed away on June 13, 2018 at the age of 87. The trio of Elvis, Scotty Moore, and Bill Black met D.J. during their year-plus stint on the Louisiana Hayride radio program, where D.J. was a staff drummer.  He joined the group, which was informally known as "the Blue Moon Boys", and continued to play with Elvis until 1968.  Arguably the first rock 'n roll drummer, one of his best known drum fills is from Hound Dog. 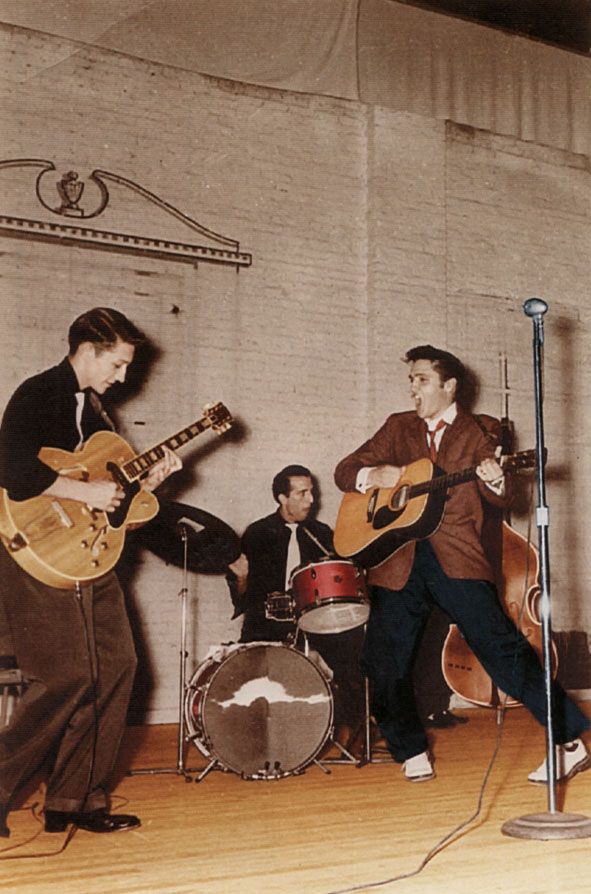 Eternal rest grant unto him O Lord, let perpetual light shine upon him, may he rest in peace.
Posted by Shazamaholic at 11:01 AM