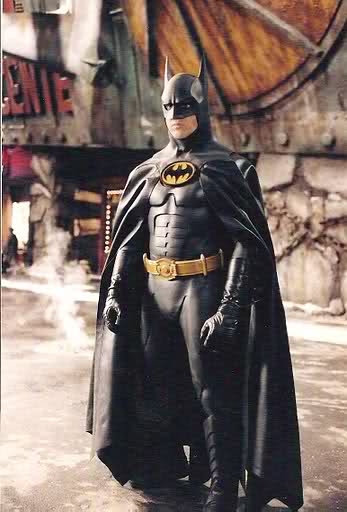 It sounds too amazing to be true, but apparently reports are that Michael Keaton will return as The Batman in the DC movie multiverse. The role will be in the upcoming Ezra Miller movie The Flash which will incorporate a variation on the "Flashpoint" story line that has historical and multi-universe consequences that will result in Keaton's Batman becoming the official version of the DCEU, displacing Ben Affleck.  Reports are Keaton will not be taking over the Snyder/Affleck Batman, but will be playing his own Batman from the 1989 movie and it's 1992 sequel, just 30 years later.

The two Joel Schumacher movies will not be part of the continuity.  Mr Schumacher died on June 22, 2020 at age 80 from cancer, R.I.P.

Further more, Keaton's deal will have his Bruce Wayne/Batman appear in several DCEU movies, similar to how Nick Fury appears in most of the Marvel Cinematic Universe films. His second role could very well be in the proposed Batgirl movie which could be a re-imagined live action Batman Beyond but with Barbara Gordon in place of Terry McGuinnis.  I'm also speculating this version of Barbara will be Jim Gordon's grand daughter or great-grand daughter (depending on what age they want her) since Pat Hingle, who played Commissioner Gordon in the Keaton movies, passed away in 2009.

This also brings up the upcoming Matt Reeves Batman movie starring Robert Pattinson.  Signs point to that being an out-of-continuity Black Label one-off like Todd Phillips-Joaquin Phoenix's Joker, albeit with the potential for two sequels.  But it is Michael Keaton who will be the "real" Batman of the DCEU.

Posted by Shazamaholic at 4:49 PM