To comic books, the cover logo is important, kind of like how a theme song is to a TV series.  Once upon a time (before 1986), Batman had some of the coolest, most iconic, and legendary logos in the history of comic books.

But then, when Denny O'Neil took over as Batman editor in 1986, that all changed, and ever since, with only a very few rare exceptions (the current logo for Batman and Robin being one of them), Batman has had some of the dullest, blandest and ugliest logos in comics.

The new Batman logo for the DC reboot definitely qualifies for "ugliest".

I'm not too happy with the direction the Batman franchise is taking in the reboot, as I explained in a previous post, but once the reboot runs its course and things get restarted yet again, I want to see a return to the classic and iconic Batman logos.  I want a return to greatness.

For my money, perhaps the coolest and greatest of all Batman logos was the one that first appeared in the early 1970s, and continued to be in use as a secondary logo until 1986. 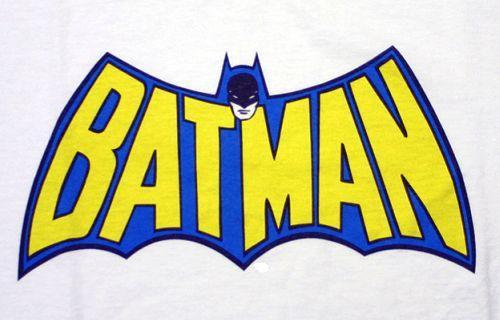 The one thing I would tweak about it, though, is Batman's head. I always felt the face was too small for the logo.  I would take the head from the 1940s logo to replace it with.

I always thought the face on this logo was perhaps the most definitive drawing of Batman ever.  To add it to the 1970s logo would create the absolute perfect Batman logo:

As for Detective Comics, I would take another classic logo, the one from the 1960s. 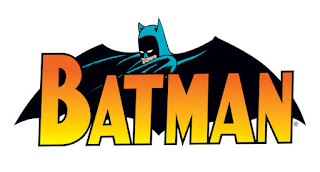 But I would remove the word "Batman", and replace it with this legendary "Detective Comics" logo.

DC was smart enough to keep Superman's logo untouched (with the exception of a minor tweaking in the early 1980s) since 1940.  Even the Action Comics logo remains fundamentally the same since 1938. Too bad DC never had that same sense for Batman.
Posted by Shazamaholic at 7:30 PM