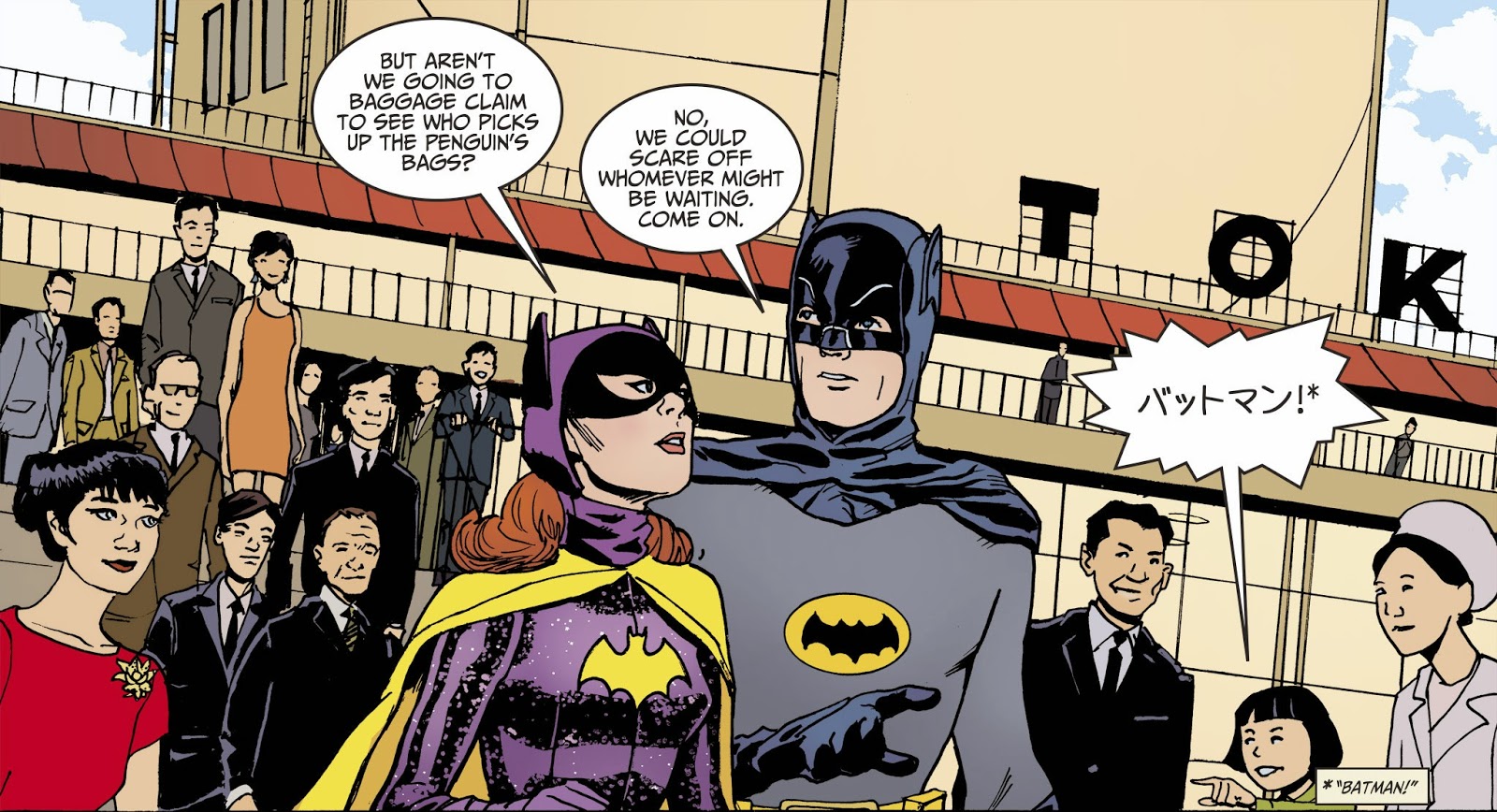 This issue features an excellent story by Jeff Parker featuring the Manga villain Lord Death Man. Parker's effort this time around is top notch, and deals with The Penguin's attempt at smuggling flower seeds to Japan leading to Batman and Batgirl (Robin has to take time off to recover from Pengy's vertigo umbrella) travelling to Japan to encounter the fabled villain.  Highlights of the script include the Penguin's death trap that opens the story, Batman and Batgirl fighting ninja, and a spooky trek through Death Man's cave. Add to Parker's clever script excellent artwork by Sandy Jarrell, and you have one of the best issues of this series in too long of a time.  This issue earns a solid A.
Posted by Shazamaholic at 10:30 AM