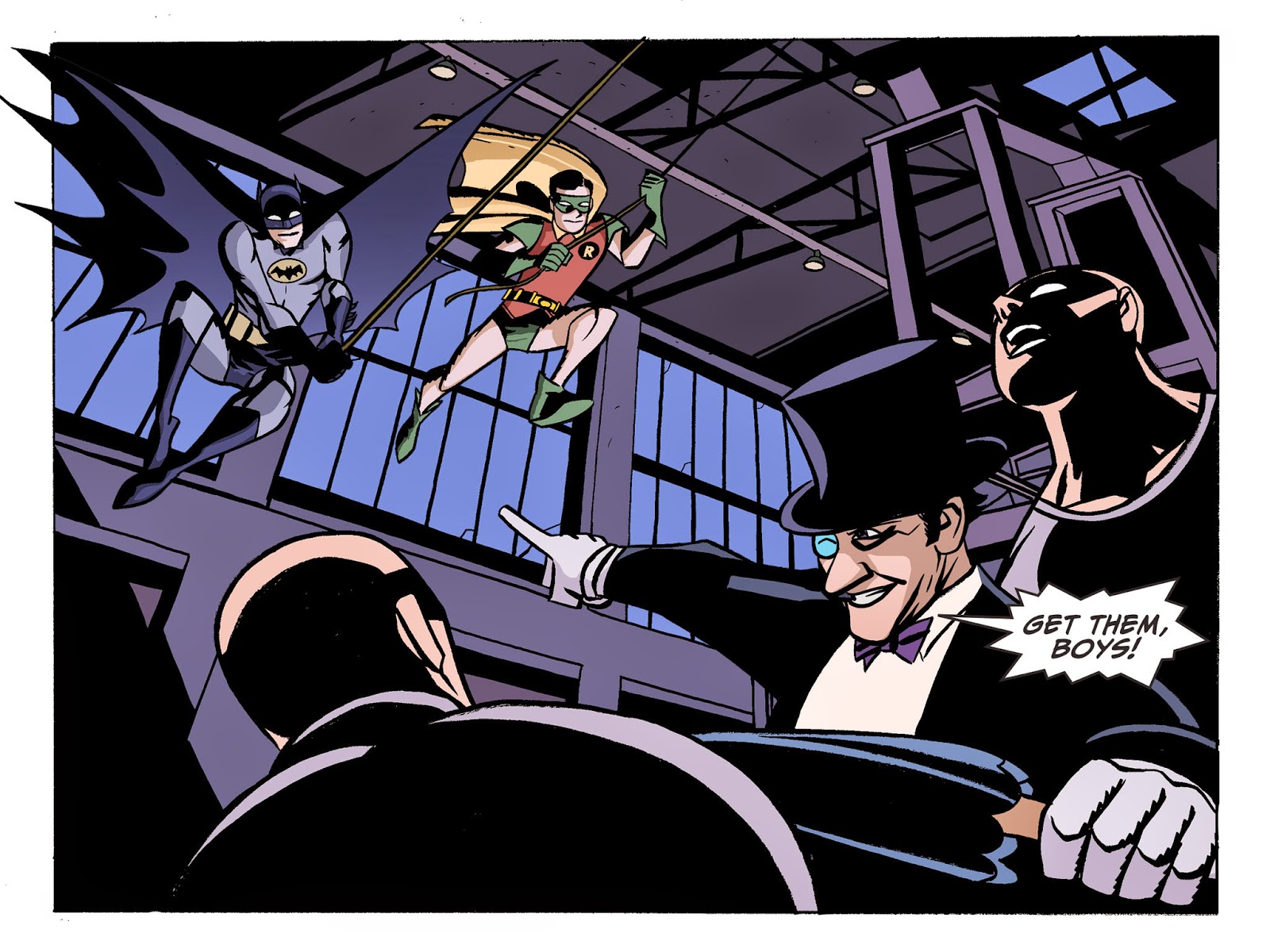 This issue features bronze age great Mike W. Barr supplying the script. Since I suggested some bronze age writers, like Barr, should be assigned scripting duties on this series, could it mean the powers-that-be at DC may be reading my blog? If so, you have to give Andy Fish a chance at writing this series, too. Barr's script is good, featuring the Penguin, who is foiled by an umbrella trap set by the Dynamic Duo.  To gain his revenge, Penguin discards his birds and umbrella themed crimes, and starts committing crimes loosely based on various bat references.  The cliffhanger of Penguin trapping Batman and Robin in a plexiglass cage infested with blood-sucking vampire bats is one of the most ingenious ones to appear in this series. One of the finnier moments has Batman impersonating a professor, and we can clearly see the Bat-costume under the disguise, yet Penguin doesn't seem to notice it. Unfortunately, the full enjoyment of Barr's script is somewhat hampered by mundane and cartoonish art by Michael Avon Oeming. This issue earns a C+, knocked down a grade for the poor artwork.
Posted by Shazamaholic at 11:30 AM