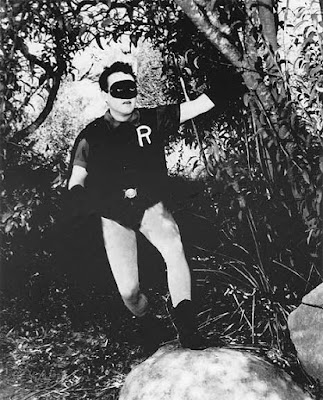 Johnny Duncan, a one time member of the East Side Kids, and Dick Grayson/Robin in the 1949 serial Batman and Robin passed away on February 8, 2016 at the age of 92.

Duncan started out as a dancer, then segued into acting. He appeared in several East Side Kids films in the early to mid 1940s, including playing the title character in Million Dollar Kid, and one Bowery Boys movie.  In 1949 he was cast as Dick Grayson, Robin the Boy Wonder.

In a 2005 interview, he explained how he was cast as Robin. "Bob Kane was with Sam Katzman at Columbia Studio there. And they wanted a boy sixteen years old, and Sam knew me and thought of me for the part when Kane first come up...about the project. But Kane wanted a kid sixteen years old, and at that time, I was twenty-six years old. So he said, 'Oh, no, I don't want a guy twenty-six years old, you know, that's as old as Batman.' So anyway, why, they looked at, gosh, kids and kids and kids and kids, and finally they couldn't find anybody—Kane didn't like 'em, so Sam called me and he says, 'Hey, John, you know, wear some jeans or somethin' and a sweater and look as young as you can and, for God sakes, don't comb your hair or nothin', you know. Just come on over.' So I did. And so when I walked in the door, before I was even introduced, Kane says, 'Hey, that's Robin.' So that's how I got the part." 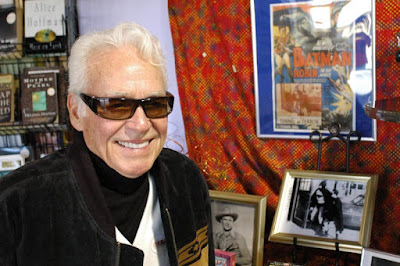 Eternal rest grant unto him, O Lord, let perpetual light shine upon him, may he rest in peace.
Posted by Shazamaholic at 1:44 PM