Let me preface this review by saying I was never a fan of Harley Quinn. I always thought she was a one-joke character, kind of a parody of the interchangeable molls that used to accompany Cesar Romero on the Batman TV series.  I also thought she was a rip-off of Prank, The Trickster's (played by Mark Hamill, no less) moll from the short lived Flash TV series from 1990.  For whatever reason, Harley found favor with the producers of Batman The Animated Series. They kept using her over and over until the fan base got brainwashed into loving her. When she got so popular and DC incorporated her into the proper continuity, my reaction was, "Really?  We need this?"

Let me also say I was an early supporter of Margot Robbie being cast as Beautia in the upcoming Captain Marvel movie.  She was on my short list of top 2 or 3 choices.  When it was announced she was cast as Harley Quinn instead, my reaction was, "Really? We need this?"

So, after watching Suicide Squad my overall impression is that Margot Robbie was the highlight of the movie and she made me a Harley Quinn fan (or more accurately, a "Margot Robbie as Harley Quinn" fan). Her scenes are the most interesting of the film, and when she is on screen, no matter who the focus of the scene is, she commands the viewer's attention.  The bad part is, Margot Robbie is not the star of this movie. 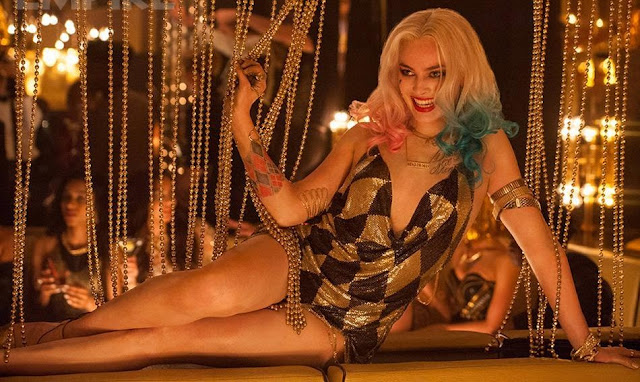 The main characters are clearly Deadshot and Rick Flagg.  Joel Kinnaman plays Flagg with the right amount of sympathy and charisma.  Will Smith does a great job playing Deadshot, making the character more than a one-dimensional villain, although at times it seems like there is too much Will Smith at the expense of the other characters. Jay Hernandez as Diablo is the other character that stands out with an intriguing story arc. Captain Boomerang, Killer Croc, and Katana are portrayed as background characters, each with a moment or two to shine, but otherwise just there to fill out the ranks. Slipknot is there just to be killed off, showcasing the bomb-injected-in-the-neck gimmick of Amanda Waller's.  Speaking of Waller, she is played by Viola Davis, who does a decent job, but... OK, I'm going to get politically incorrect here. Amanda Waller in the comics is a big fat Mabel King type of woman. Of all the live action versions of Waller, from Smallville to Green Lantern to Arrow to this movie, we have yet to see such a Mabel King type actress given the role to shine in.

The script is very straightforward, unlike Batman v Superman, where the first two reels we are introduced to the characters with some background flashbacks (including cameos by The Batman and The Flash, and for the true Harley fan, her original animated costume), while setting up the motivation for creating Task Force X.  Carla Delevingne's June Moon/Enchantress goes rogue and the Suicide Squad have to bring her down.  There is a dominate soundtrack to the film, which didn't really bother me.  In fact, without it, I think the film would have dragged in spots. David Ayer's directing brought the right balance of humor, which Zack Snyder's efforts lack, and a full color pallet, again unlike Snyder's muted colors. Overall somewhat better than Batman v Superman in certain ways, but not nearly as epic.

And then there's Jared Leto's Joker.  All the promotion and trailers for the movie mislead us into thinking the Joker will be a major force in this movie.  Not quite.  It's little more than a glorified cameo.  He gets just slightly more screen time than Batman, which is odd considering Leto gets second billing in the credits. Perhaps Leto's best scene is where a gangster kisses the Joker's ring, and Joker's response. According to new reports, the majority of Leto's scenes were left on the cutting room floor.  I know of at least one scene I saw BTS clips of where Joker is confronting Dr Quinzel on a street, at one point putting a gun to his own head, when a trucker enters the scene and Harleen grabs the gun from Joker's hand and kills the trucker. It's not in the final cut. Because of this, I really can't judge Leto's performance as the Joker.  The things that really stood out to me was his physical appearance- a cross between Billy Idol and David Bowie in a pimp's wardrobe, with punk rock green hair, heavy metal tattoos, and a rapper's grill. The other thing is that the Joker comes off as a love sick puppy chasing after Harley, while Harley is the dominate member of the coupling--essentially the opposite of the original dynamic from Batman The Animated Series. Another odd thing is that it seemed Harley has more chemistry with Deadshot than with the Joker.

But for me, although Margot Robbie didn't get the most screen time, this was her world and everyone else was just living in it.  I would have liked to have seen more scenes with her (and Joker), perhaps a little less of Deadshot. Of the DCEU to date, Cavill's Superman was lackluster, Affleck's Batman has potential, Gadot's Wonder Woman was a surprising delight, but it's Ms Robbie's Harley Quinn that really brings the A game. 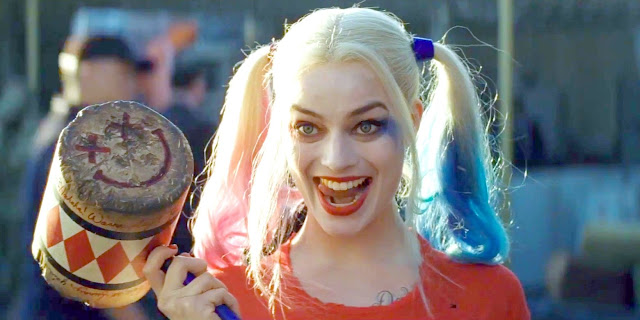 If you consider Man of Steel is a strike, Batman v Superman is a foul, then Suicide Squad is a base hit.  Depending on how Wonder Woman does, the future of the DCEU in order to salvage it, may have to be centered on Margot Robbie's Harley Quinn. Now, that's a laugh and a half.
Posted by Shazamaholic at 2:06 PM

I loved Man of Steel and BvS. I hated (hated!) Suicide Squad. I thought it was an incoherent, illogical, incompetently made film.