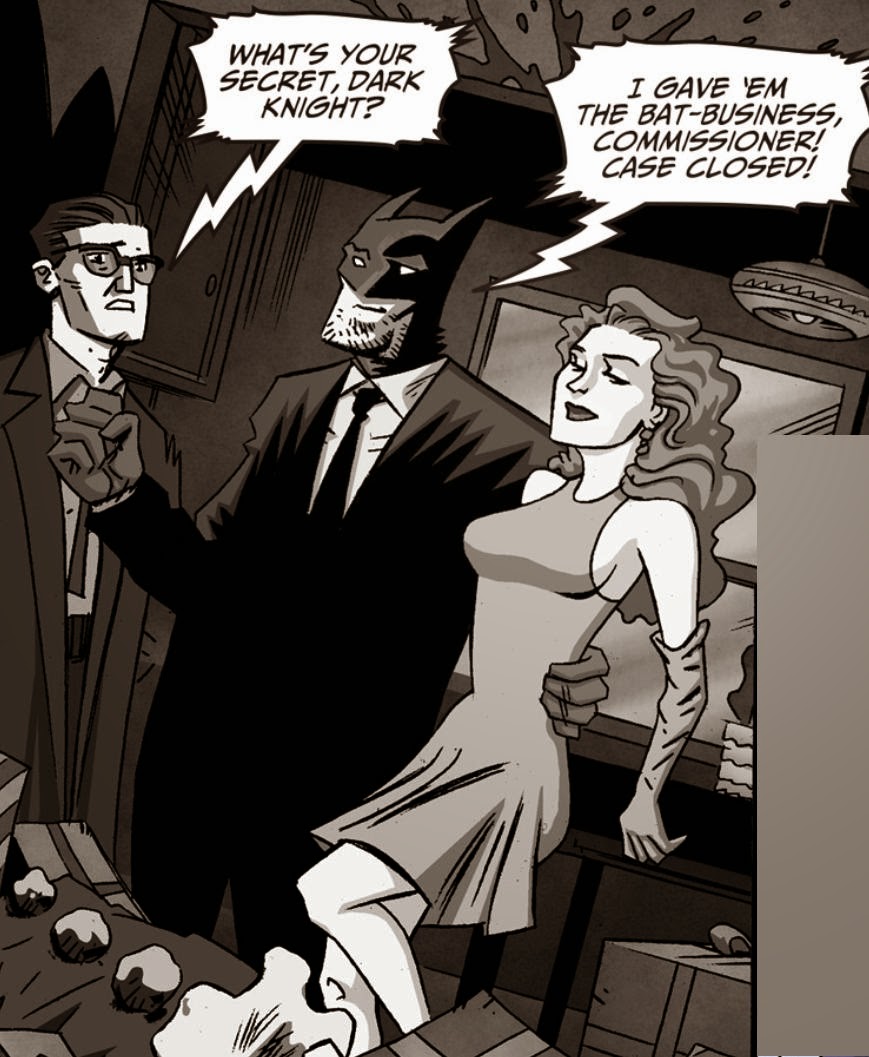 Issue 13 opens up with a new writer, Gabriel Soria, giving us a very clever story where a Batman TV series, "The Dark Knight Detective" premiers, and puts Gotham into a state of Batmania.  However, this TV series, is dark, grim, and black and white.  This TV Batman, looking a lot like The Spirit, in a suit and tie plus a Batman cowl, is violent, causing the real Batman to seek out the producer of the show.  The producer, Fred Fillips (who looks like a cross between Christopher Nolan and Frank Miller) turns out to really be False Face, and captures the Dynamic Duo, planning to kill them on live TV. Of course, our heroes thwart False-Face's plans, and in fact end up winning an Emmy for the live telecast.  Soria has the right balance of parody regarding the current post-Nolan Batman, and gets in some good shots at both the morose direction of the character, and it's fan following. This story was a welcome change from Jeff Parker's rather stale efforts.  The art by Dean Haspiel, however, was rather weak, although he did do a good job aping the look of the classic Batman The Animated Series for "The Dark Knight Detective".  Surprisingly, this issue has a reduced page count and is priced a dollar less.  There is no second, short story as previous issues had. This issue earns an A-.
Posted by Shazamaholic at 3:47 PM