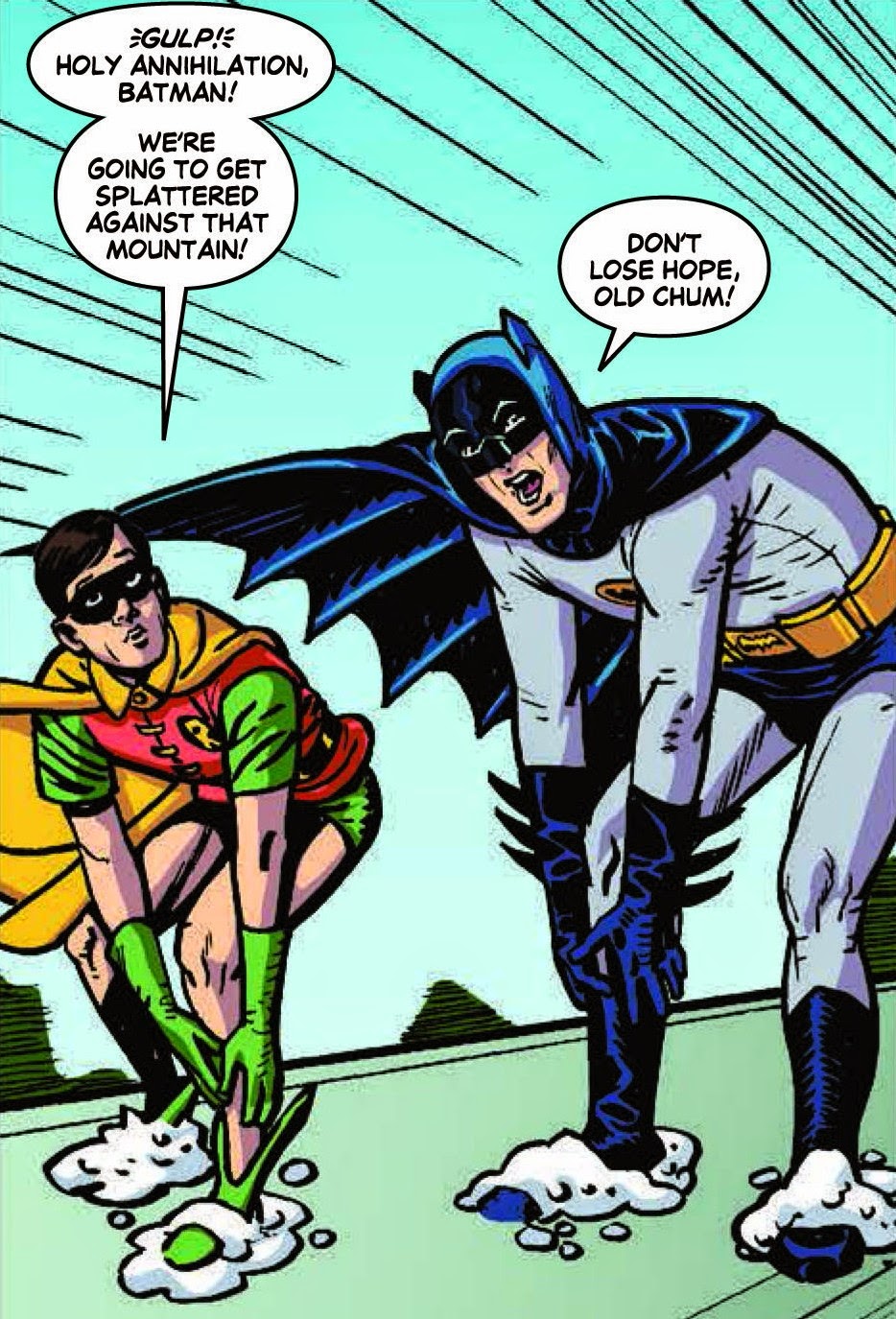 Issue 2 opens with our heroes escaping from the speeding train.  The Hornet and Kato in an action-dramatic way, Batman and Robin in a more silly way.  The Hornet then knocks the Dynamic Duo out with sleeping gas, and escapes.  Then it is revealed The Joker is General Gumm's partner, and there is a reference to the 1966 movie.  Batman and Robin regain consciousness, and get on the trail of Gumm and the Hornet.  There's a cool scene at Britt Reid's home that seems like it was taken right from the TV show.  Both the Dynamic Duo and the Hornet and Kato soon uncover Gumm and the Joker.  There's the customary fight scene with Batman and the Hornet about to square off, when they realize the Joker and Gumm have Robin and Kato, and are about to suffocate them.

Writers Ralph Garman and Kevin Smith continue the excellent job, really capturing the style of dialogue from the TV show. However, one critique I have is that they seemed to portray the Dynamic Duo a bit more buffoonish in contrast to the more stoic Hornet and Kato.  One of the big problems with seasons 2 and 3 that many fans dislike is that Batman and Robin became buffoons, where as they were more heroic in season 1.  I hope Garman and Smith don't end up going down that slippery slope like regular series writer Jeff Parker has.  Ty Templeton's artwork is superb, and gets all the likeness right, although he could make Batman's gut a little smaller.  Need I say Alex Ross' covers are masterpieces.  This issue earns a B+.
Posted by Shazamaholic at 3:43 PM