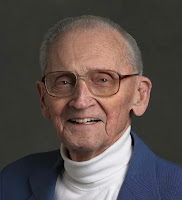 George "Geo" Wildman, best known as the main Popeye comic book artist through out the 1970s, passed away on May 22, 2016 at the age of 88.  In addition to his Popeye work, he was also a managing editor at Charlton Comics.  Wildman's Popeye art graced the pages of the series at Charlton and Gold Key/Whitman, as well as story books and coloring books produced at that same time. He was known for working the name "Karl" (his son) into the art of all his covers.  After the Popeye comic book series ended in 1984, Wildman continued to do freelance art featuring Loony Tunes, Hanna-Barbara, Harvey, and Disney characters in addition to Popeye.  In later years, he was a regular guest at the annual Popeye Picnic in Chester IL.  Eternal rest grant unto him, O Lord, let perpetual light shine upon him, may he rest in peace. 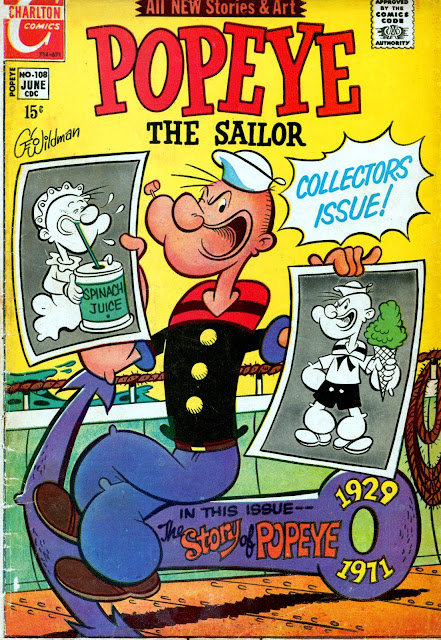 Posted by Shazamaholic at 10:00 AM