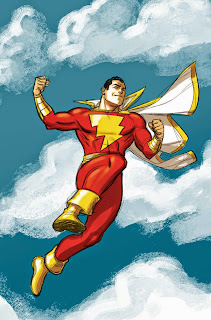 The Hollywood Reporter has confirmed David Sandberg is the director of World's Mightiest Mortal and that filming will begin in January or February 2018 with "a likely release in 2019".  Also noted is Peter Safran, the producer of the upcoming Aquaman movie, and Sandberg's Annabelle sequel, is in negotiations to produce World's Mightiest Mortal.  It looks like we may have a Captain Marvel in the next few months.

Posted by Shazamaholic at 1:59 PM